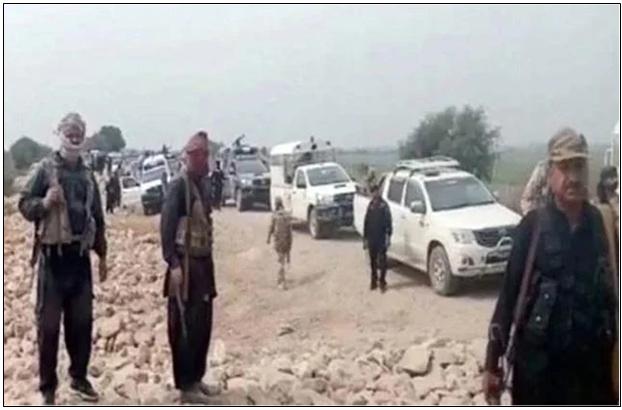 SHIKARPUR: As many as eight people have so far been abducted by dacoits from Shikarpur district including a cop and his wife as police launched an operation against bandits in the riverbed areas of Garhi Tegho village, According to details, the operation at the Garhi Tegho against bandits remained suspended for the second consecutive day as police are yet to make any significant progress against dacoits hiding in the riverbed areas of Indus. It has emerged that the police have decided to conduct a targeted operation against bandits rather than a grand operation. SSP Shikarpur while shedding light on police strategy said that phase II of the operation against bandits will begin in the next few days. “The Shikarpur police have been provided with chain APCs, and other modern weaponry to lead the operation,” he said. The police further confirmed that one of their constable Muhammad Ibrahim and his wife were also among eight people recently allegedly abducted by the dacoits from the district. Previously on Saturday, it was reported that the anti-bandit operation along the riverbeds of Indus in Garhi Tegho village of Shikarpur district was halted after it remained headless owing to reluctance from SSP Tanveer Tunio to take charge of it. However, later in the day, he took charge and visited police check-posts in the district. It emerged that no dacoit has been arrested so far during eight days of operation despite police claims of destroying various hideouts of the bandits. “An expenditure of millions of rupees has been incurred on the operation on daily basis,” the sources privy to operational details said.