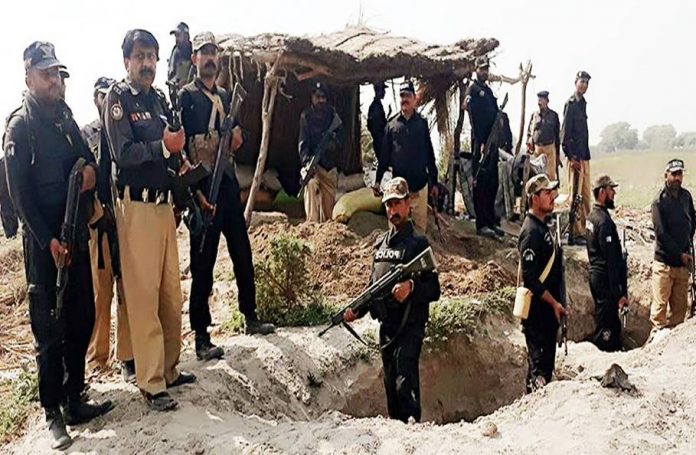 LARKANA: The police on Saturday put the operation against the dacoits on hold in Shikarpur Sindh. The operation had started on May 27 after the dacoits killed three policemen and wounded others in Shikarpur. The police halted the operation for a brief period of time until the arrival of a new batch of arms and armoured vehicles. The police called all the contingents back to the Garhi Teghu Camp, Shikarpur from all Kacha areas. SSP Tanveer Tunio said that the operation will restart after two days. He said they were working on a new plan of action and the operation will resume with a new strategy. The provincial government had launched the grand operation to crack down on criminal elements and restore law & order in the Kacha area of Sindh. The anti-bandit operation in Shikarpur continued for three days and the police have burnt down 200 safe havens of dacoits. Reportedly, the law enforcement authorities carried out an operation against dacoits in Garhi Teghu and the Katcha area of Khanpur. The police have set up their check posts in the troubled areas and placed the entire area under curfew. Residents, who have been advised to stay indoors, chanted slogans in favour of Pakistan and Sindh police.