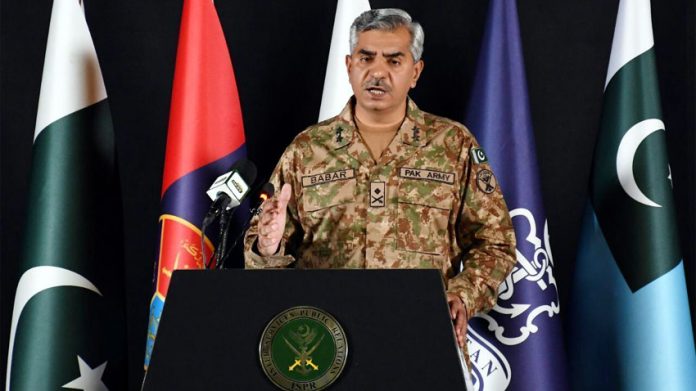 RAWALPINDI: Paying rich tribute to the scientists and engineers on Youm-e-Takbeer, Director General Inter-Services Public Relations (DG-ISPR) Major General Babar Iftikhar said that the country had restored the balance of power in the region 23 years ago. In his tweet on the eve of ‘Youm-e-Takbeer’, DG ISPR said on March 28, Pakistan restored balance of power in the region by successfully establishing credible minimum nuclear deterrence. “AFs and the nation pay tribute to all those involved in making this dream come true,” DG ISPR said in his tweet.  Pakistan is celebrating Youm-e-Takbeer today to mark the 23rd anniversary of historic maiden nuclear tests. On this day, Pakistan became the seventh nuclear power of the world with the demonstration of nuclear capabilities and the first in the Muslim world after conducting nuclear tests at Chaghai in Balochistan on 28th May, 1998 as a response to India’s nuclear bomb tests on 11th and 13th May of the same year at Pokhran in the Rajasthan state of India. The successful tests made Pakistan’s defense invincible.