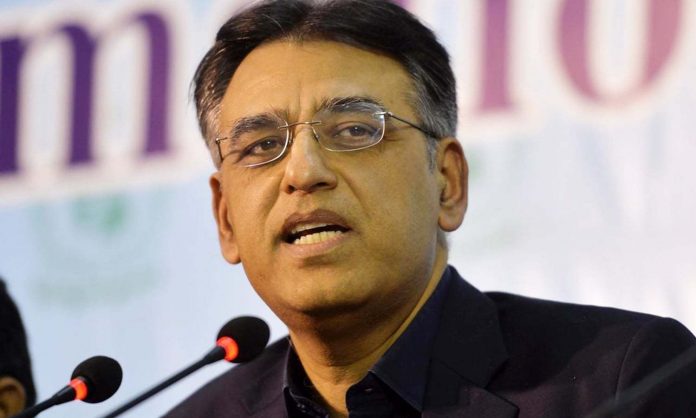 SUKKUR: Federal Minister for Planning and Development Asad Umar on Monday said Prime Minister (PM) Imran Khan wants to see development in Sindh Addressing a press conference in Sukkur, Asad Umar said that the provincial government of the Pakistan People’s Party (PPP) is not performing and neither allowing others to work for the development of the province. “Development in Sindh is Imran Khan’s vision,” the minister said and added that the premier announced a development package of Rs14,000billion for Sindh. Taking a jibe at Bilawal, Umar said the current PPP chairman was not even born when PPP came into power in Sindh. He said that the people of Ghotki enjoy rights on the resources of the district first. Responding to a query related to inquiry against Pakistan Tehreek-e-Insaf (PTI) leader Jahangir Tareen, Umar said PM Khan does not believe victimizing people. Yesterday, Asad Umar had said that former prime minister Nawaz Sharif should return homeland immediately if he feels threatened in London. Talking to journalists, Asad Umar had offered the best security to Pakistan Muslim League-Nawaz (PML-N) supremo Nawaz Sharif in Pakistan. He said that he did not know what happen to the former prime minister in London.