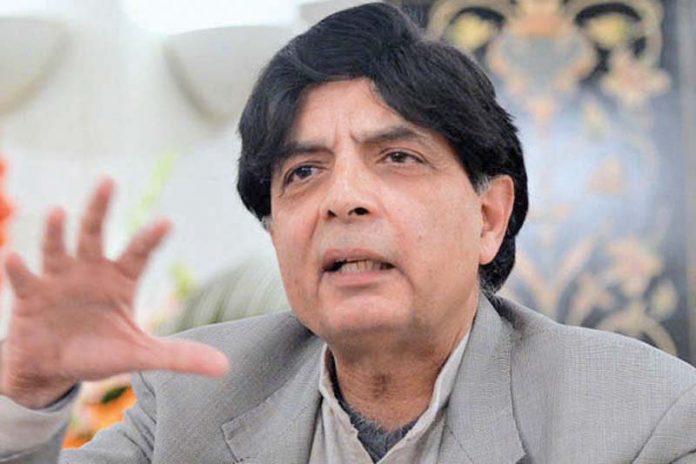 LAHORE: Ex- interior minister Chaudhry Nisar on Sunday announced to take oath as Punjab MPA on To Day during the session of the provincial assembly.  In his statement, Chaudhry Nisar Ali said he has decided to take oath as MPA after consultation with the people of his constituency. The senior politician said development does not mean any change in stance and narrative about the 2018 general elections. “The move is meant to control the political situation.” It may be recalled that the Cabinet Committee on Legislation had passed an amendment to the Election Act 2017, according to which a seat will become vacant if the elected representative does not take oath within 60 daysChaudhry Nisar, a former Pakistan Muslim League-Nawaz (PML-N) stalwart, contested the 2018 general elections as an independent candidate from two national and two provincial assemblies after developing differences with the Sharif family. According to election results, Nisar lost to PTI’s Ghulam Sarwar Khan who got 89,055 votes in NA-59 while former interior minister Ch Nisar Ali Khan got 66,369 votes. He lost to PTI’s Ghulam Sarwar Khan in NA-63 as well. Ghulam Sarwar won with 64,301 votes while Ch Nisar stood second with 48,497 votes. PMLN’s Sardar Mumtaz Khan stood third with 22,475 votes. However, he won his provincial assembly seat.