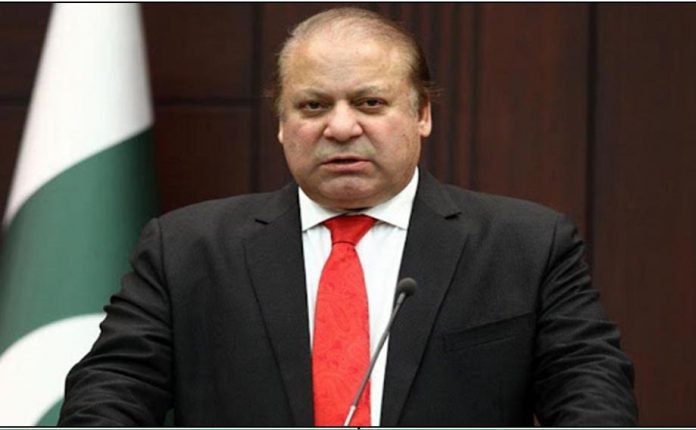 LONDON: Some unidentified masked men Friday tried to attack former premier Mian Nawaz Sharif in London. The Pakistan Muslim League Nawaz (PML-N) leader remained safe in the attack as the masked men couldn’t reach him. As per details, four masked men tried to enter the office of his son Hassan Nawaz Sharif in the Marble Arch area of central London. Former PM Nawaz Sharif accompanied by former finance minister Ishaq Dar and former parliamentarian Abid Sher Ali was present inside the office at the moment. The masked men threatened Hassan Nawaz at the stairs leading to his office and tried to enter the office by force. Mian Nawaz Sharif’s security guards and the PML-N leaders including Nasir Butt and Abid Sher Ali came out of the office and stopped the attackers to enter in the office to hurt their leader. All the four masked men immediately escaped from the spot. London police started investigations into the incident.