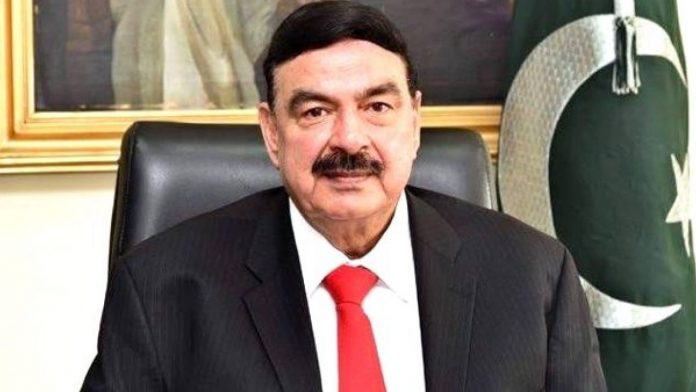 LAHORE: Interior Minister Sheikh Rashid Ahmed has vouched for the Jahangir Khan Tareen group expressing his optimism regarding their support for the government in the upcoming budget session next month, while talking to media in Lahore on Thursday he said, furthermore, the interior minister showed his optimism that the like-minded group of the estrange PTI leader Jahangir Tareen would vote in favour of the government during the annual financial plan in June. He said if the lawmakers belonging to the JKT group had some misgivings ‘they should come forward and let us know’. Mr Rashid said no minister was being shown the door, reiterating that CM Punjab was neither indulging in revenge politics nor exacting vengeance on anyone. He said Prime Minister Imran Khan was dealing with the mafias with an iron hand and added that ‘he will emerge as victorious in this crisis’.  He rubbished the no-confidence move talk against the premier saying no such move was being contemplated so far. He said Pakistan Democratic Movement (PDM) was ineffective. The interior minister said that ‘establishment belongs to us and we belong to establishment’ and added that the institutions and PM Imran were on the same page. He said Hudaibiya Paper Mills reference would be submitted in 2 to 3 weeks. He showed his dismay over senior PTI leader and advocate Supreme Court Senator Barrister Ali Zafar’s slow pace of work, saying he should have submitted his report by now. He said Shehbaz wanted to run away in the dark of night before Sehri. He said he would prefer to die in Adyala Jail instead of fleeing the country. He also stated that cybercrime situation in Pakistan was getting serious. In another development, Interior Minister Sh Rashid met with Punjab Chief Minister Usman Buzdar on Thursday and deliberated on the political situation. He told the chief minister that he was the frontline soldier of the prime minister and said that ‘soothsayers’ would not succeed this time around. The CM Punjab said he favored tolerance and acceptance in politics. He said those sow seeds of discontent; they should look into their own conscience. Mr Rashid showed his optimism that under the leadership of Imran Khan, the PTI government was even more fortified. He said by the grace of God, the law and order situation in the country was satisfactory. He eulogized the efforts of CM Buzdar in controlling the spread of coronavirus in the province. He said Buzdar had adopted an all-inclusive policy in running the affairs of the province. CM Punjab said he believed in the concept of tolerance, brotherhood and forbearance. He said he never favored criticism for the sake of criticism rather he put his faith in honesty and fair play. He said his government had buried the concept of politics of revenge and vowed that no one would become a victim of political vengeance. He said all health workers, doctors, police and other institutions were trying hard to stem the onslaught of coronavirus. He appealed to the people to follow the standard operating procedures (SOPs) spelled out by the NCOC.