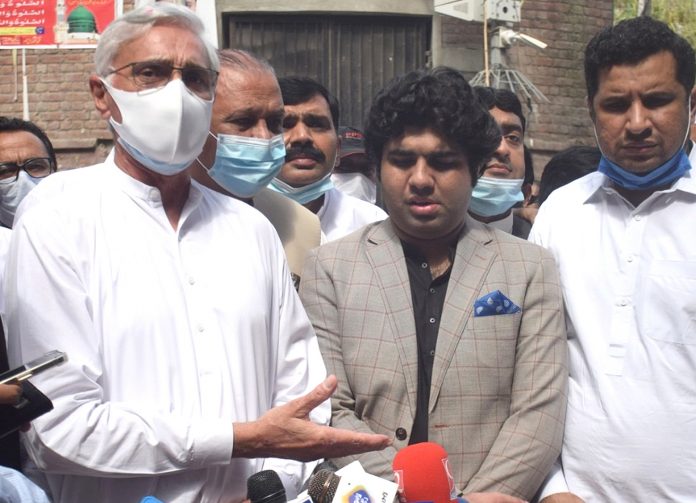 LAHORE: The members of Jahangir Tareen’s like-minded group have decided to sit on separate benches in the assembly, The group’s parliamentary leader in the Punjab Assembly Saeed Akbar Khan Nawani along with other members will hold a meeting with the speaker for separate seats in the assembly for their members, sources said. The group members have completed consultations for separate seats in the assembly, according to sources. Provincial ministers Noman Langrial and Ajmal Cheema will also sit on separate seats with the other group members, sources said. Parliamentary Secretary Nazir Ahmed Chohan has said that the 30-members strong group will sit on separate seats in the legislature. “We will raise voice against injustice with the assembly members while sitting on separate seats,” Chohan added. It is to be mentioned here that in a recent development, estranged PTI leader Jahangir Tareen’s group on Tuesday announced to appoint its separate parliamentary leaders in the Punjab Assembly and the National Assembly. Talking to journalists, PTI’s disgruntled leaders Awn Chaudhry and MPA Muhammad Salman Naeem said that the group has appointed MNA Raja Raiz as its parliamentary leader in the National Assembly and Saeed Akbar Khan Nawani in the Punjab Assembly. Salman Naeem told the journalists that they would stage a “power show” in the Punjab Assembly on Friday. He said that the decision was taken during a meeting. However, he refused to disclose the names of the participants of the meeting. Earlier on May 3, a meeting of the lawmakers and other allies of estranged PTI leader Jahangir Tareen held at his residence, had decided to keep wait and see strategy till the Eid after a meeting with the prime minister.