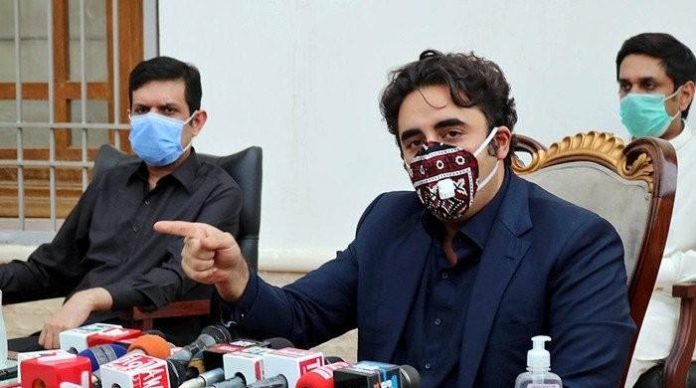 KARACHI: Pakistan People’s Party (PPP) Chairman Bilawal Bhutto Zardari on Wednesday said that ‘worst corruption’ committed during the Pakistan Tehreek-i-Insaf (PTI) government was chiefly responsible for the country’s economic plight. “The country whose chief executive is corrupt could never progress economically,” Bilawal remarked. He alleged that PTI bigwigs were busy in corrupt practices by leaving masses at the mercy of inflation. “Prime Minister Imran Khan, who is the ‘architect’ of the country’s economic collapse, could not hide his ‘incompetency’ and ‘corruption’ by making his ministers and advisers scapegoats,” the PPP chairman commented. He accused the government of extorting billions of rupees from consumers by sending inflated electricity and gas bills. “Mr. Prime Minister! These are the people of Pakistan who have the right over the national exchequer, and that you will be held accountable for each and every penny,” Bilawal said, and added that first PM Imran looted people by levying heavy taxes on them and then he committed corruption in the development projects which were funded by people’s own money. The PPP chairman said that frequent increases in taxes had made PTI government’s integrity in the eyes of people suspicious. He further said that international organisations had laid bare the prime minister’s image of ‘Mr. clean’ by making startling disclosures about corruption scandals during his tenure. “PM Imran is so ‘incompetent’ that now he has even lost the trust of members of his own party,” Bilawal claimed. He said a man who made false promises to the nation only to come to power could never be sincere to the country and its people.