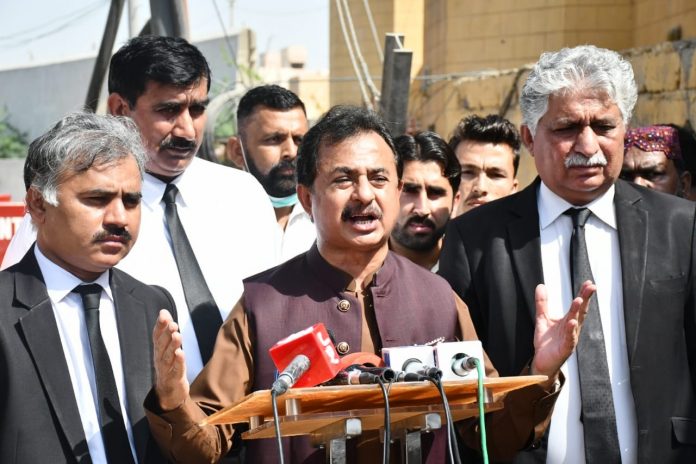 KARACHI: Pakistan Tehreek-Insaf (PTI) and Opposition Leader in Sindh Assembly, Haleem Adil Sheikh on Wednesday alleged he was booked under terrorism charges over highlighting the corruption of PPP’s Sindh government. Haleem Adil Sheikh appeared before an anti-terrorism court (ATC) in Karachi in two cases registered against him during the PS-88 Malir by-poll and demolition of his farmhouse. The hearing was adjourned until June 19 as production sought time for providing copies of the cases. Talking to journalists, the PTI leader said he is appearing before courts on the charges, he never committed. He accused the Sindh government of politically victimizing him and alleged that he was booked under AT charges as he continued to highlight the corruption being done by the provincial government. Sheikh said that the outlaws are releasing their videos on TikTok from the katca areas (safe hideouts) of the province, where the government is not interested in taking action against them. The opposition leader in Sindh Assembly is facing cases related to aerial firing and creating a disturbance in by-election in Karachi’s PS-88 constituency on February 16 and creating hindrance during anti-encroachment drive in Malir.