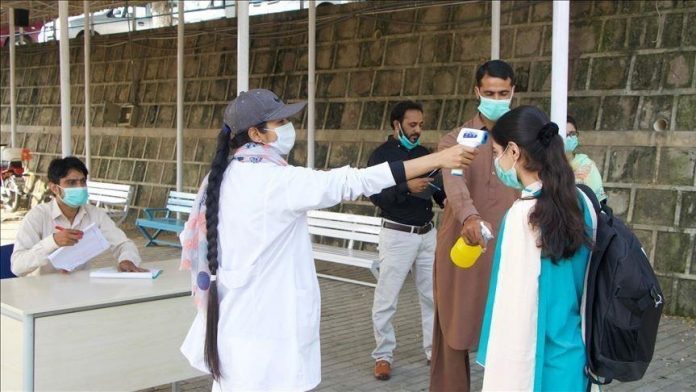 ISLAMABAD: The novel coronavirus has claimed 135 more lives across Pakistan during the past 24 hours, taking the overall death toll to 19,752, ARY News reported on Tuesday quoting National Command and Operation Centre (NCOC). According to the NCOC, 2,566 new COVID-19 infections were reported during the said period. It said that overall 882,928 cases of COVID-19 have been reported in the country of which 792,522 have recovered from it. The positivity ratio was recorded at 8.61 percent in the last 24 hours. As many as 29,801 tests were conducted to diagnosis the deadly virus in the past 24 hours. The total number of tests currently stands at 12,510,568. 4,443 patients are said to be critical. Punjab reported the most 328,775 cases followed by Sindh with 299,913 infections, Khyber Pakhtunkhwa reported 127,224 infections, while Balochistan has registered 23,931 cases since the outbreak of the pandemic in the country. The federal capital, according to NCOC, reported 79,371 cases and federally administered areas including Gilgit Baltistan (GB) and Azad Jammu and Kashmir (AJK) witnessed 5,428 and 18,286 respectively.