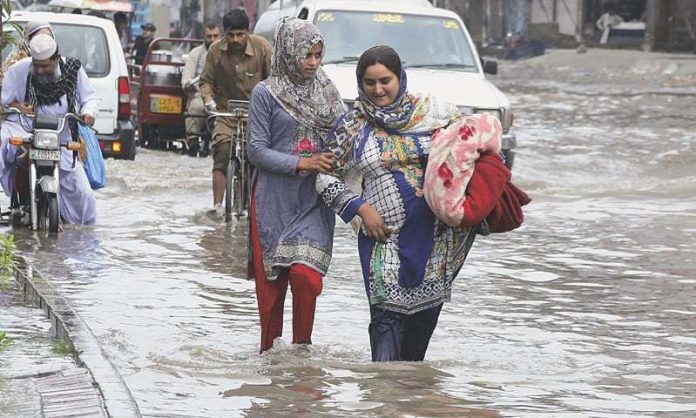 KARACHI:A minor boy among four died and seven others were wounded in various rain-related incidents in Karachi on Tuesday, According to the details, an eight-year-old boy fell from the third floor of a residential building near Teen Talwar in Clifton amid the downpour and dust storm. He died on the spot and identified as Shan. Meanwhile, a man died when the roof of his house collapsed due to the heavy rain in Gulshan-e-Ghazi area of Baldia Town. In another incident, a couple died as the roof of their house collapsed in Daba colony area of Baldia Town. However, two women among seven people were injured in rain-related incidents in various parts of the metropolis. Earlier today, as dusty wind enveloped for a few moments on Tuesday various districts of the port city as minor aftermath of the system that produced Cyclone Tauktae off Sindh’s coast which remained at bay, about 925 power feeders had tripped suspending electricity across most parts of the city that sweltered in the heat. A fleeting episode of light showers and dusty winds caused severe power outage across Karachi with central, east and south districts amongst the worst-hit, while Malir and Korangi reported similar dilemma as well. As the threats of a severe cyclone ‘Tauktae’, brewing in Arabian Sea off Karachi’s south, fizzled out, parts of Karachi had received light showers with dust storm as an aftermath of the drifting sea storm.