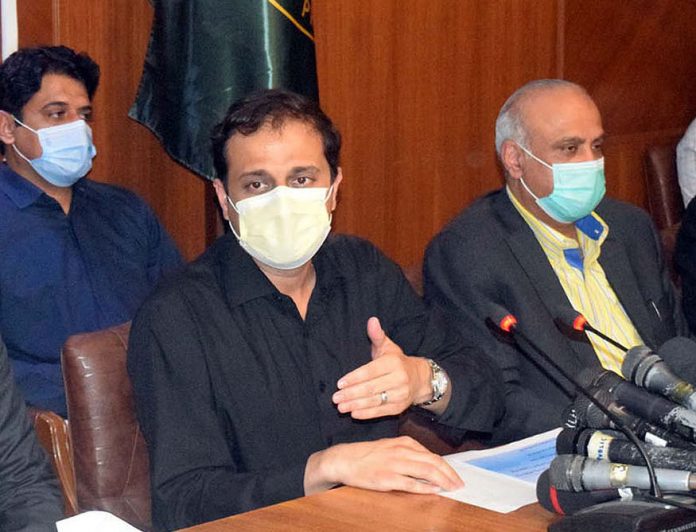 KARACHI: Sindh government spokesperson Murtaza Wahab on Monday said the positivity ratio of COVID cases soared to 24% in Karachi, during the last 24 hours, “The number shows, we are violating standard operating procedures (SOPs) designed to contain the virus spread,” Wahab said while addressing a press conference after the meeting of Sindh Corona Task Force. The positivity rate in Hyderabad, the second biggest city in the province was recorded at 11.8pc. He warned of strict decisions if the positivity ratio keeps increasing. Wear masks, get yourself injected with the COVID vaccination, Wahab appealed to the masses. Recalling the last year’s Eid, the Sindh government spokesperson said that a sharp increase was recorded after the end of the Eid holidays. He apprised that the Sindh Task Force endorsed the decisions taken by the National Command and Operation Centre (NCOC) and added that the next meeting of the task force would be held on Thursday to review the latest situation. On the availability of oxygen for the COVID patients in case of the worsening situation, he said the Sindh government installed a power plant in Jamshoro for the production of oxygen. On May 14, the PCSIR endorsed that the oxygen being produced from the plant is usable, he added. The plant will produce 2,68000 liters of oxygen daily, which is enough to meet the needs of patients in the Hyderabad and Jamshoro districts.