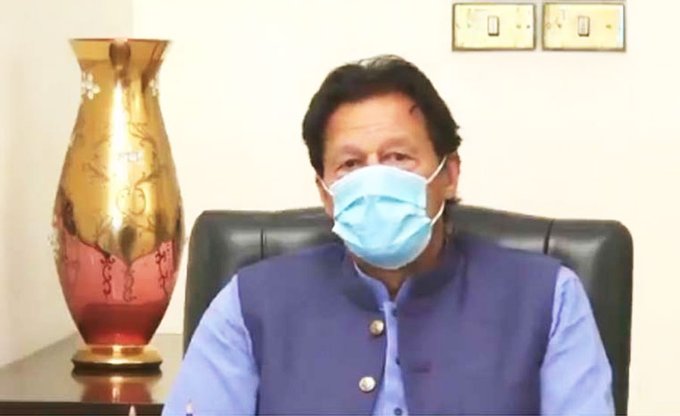 ISLAMABAD: Condemned the Israeli aggression in Gaza, Prime Minister Imran Khan on Monday vowed that the Palestine issue will be raised at every forum with full forceAccording to the details, PM Imran Khan said this while presiding over a meeting of government spokespersons at the PM Office in Islamabad today. During the meeting, the prime minister underscored the need for further improving their governance. He took notice of the Rawalpindi Ring Road project issue and vowed that the corrupt elements would be brought to justice. Meanwhile, Interior Minister Sheikh Rasheed Ahmad briefed the meeting about the cases against Pakistan Muslim League-Nawaz President Shehbaz Sharif. Earlier on May 16, Prime Minister Imran Khan had received a telephone call from former Malaysian Prime Minister Mahathir Mohamad. The two leaders had exchanged views on the grave situation in Palestine. Both leaders had greeted each other on the auspicious occasion of Eid-ul-Fitr. The leaders had condemned the Israeli aggression and expressed solidarity with the innocent and defenceless Palestinians. PM Imran Khan had strongly condemned the attacks on innocent worshippers in Al-Aqsa Mosque and airstrikes on Gaza. The two leaders had underscored the need for the international community to take urgent steps to halt the ongoing attacks, protect the civilians, and facilitate a just and lasting solution based on UN resolutions and a two-state vision.