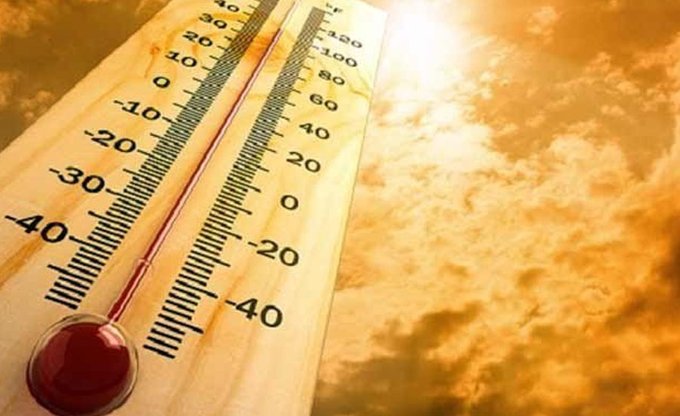 KARACHI: Karachiites experienced sizzling hot weather on Monday as the temperature touched 43 degrees Celsius under the influence of cyclonic storm Tauktae.According to the Pakistan Meteorological Department (PMD), the maximum temperature recorded in the city was 43 degrees Celsius with 19 per cent humidity. Gusty winds are sweeping across the metropolis, the weather department said, adding similar weather conditions are likely to prevail on Tuesday (tomorrow). Last night was May’s second hottest night, it pointed out.   The Met Office said the cyclonic storm Tauktae is moving further north-northwestward and is at a distance of about 800 km south-southeast of Karachi. There are little or no chances of rain due to the system moving away from the city. Tropical Cyclone ‘Tauktae’ intensified into a ‘severe cyclonic storm’ in the Arabian Sea. The storm is expected to make landfall near Dwarka in Indian state of Gujarat near Porbandar around afternoon as a ‘very severe’ cyclonic storm on Tuesday .(May 18), according to a weather report. Based on the existing meteorological conditions, dust/thunderstorm-rain with few moderate to heavy falls with gusty winds of 60-80 Kmph are likely to occur in Thatta, Sujawal, Badin, Tharparker, Mirpurkhas, Umerkot and Sanghar districts during 17-20 May. The cyclone’s name ‘Tauktae’ pronounced as TauTe, given by Myanmar. It is a Burmese language word, meaning a lizard.