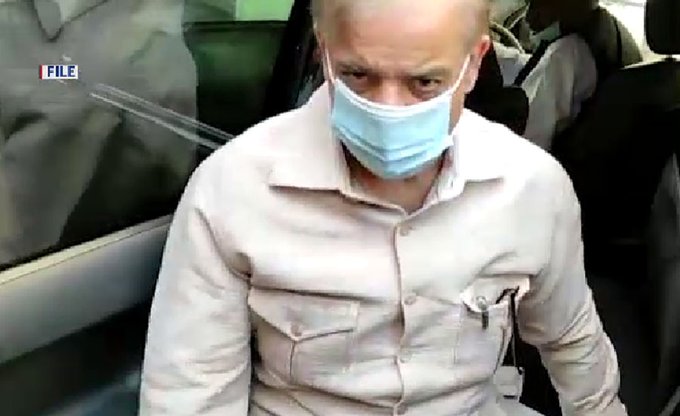 ISLAMABAD: Federal government has prepared a draft of a petition to be filed before the Supreme Court to challenge the Lahore High Court (LHC) decision allowing PML-N President Shahbaz Sharif to travel abroad, According to details, the petition will be filed before the Supreme Court of Pakistan on Monday (tomorrow) under article 185 (3) of the Constitution of Pakistan. As per the content of the petition obtained by, it will seek answers as to how the honorable judge of the LHC could allow abroad travel without issuing notices to concerned departments. It will further raise questions on how a single-bench judge could decide on a matter relating to controversial issues. It read that if a person is facing cases pertaining to corruption of billions of rupees, how could he be allowed to leave the country without taking prior approval from a trial court hearing such cases. The bail plea of the accused namely Shahbaz Sharif was rejected previously by honourable judges of the high court, the petition reminded while further raising a query as to how such application for abroad travel could be approved without authentication from a medical board. The petition would ask the apex court to suspend the LHC order of May 07 keeping in view the above-mentioned queries and allow the government to appeal against the decision. The Lahore High Court (LHC) on May 07 gave one-time permission to the Pakistan Muslim League-Nawaz (PML-N) President Shahbaz Sharif to go abroad for medical treatment. However, the federal government barred him from travelling abroad and announced to challenge the court’s decision.