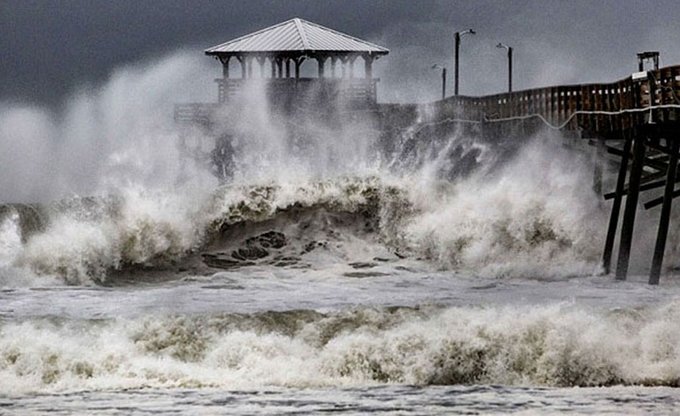 KARACHI: Pakistan Meteorological Department (PMD) has denied likely rainfall in Karachi in the cyclonic weather conditions, predicting severe hot weather in the city, Cyclone Tauktae is expected to make landfall at Gujarat coast in India as a ‘very severe’ cyclonic storm on Tuesday. Director PMD, Sardar Sarfaraz has said that the maximum temperature in the city will soar from 42 to 43 degree Celsius during the hot weather spell. The coastal areas of Pakistan including Karachi, have no threat from Arabian Sea Cyclone Tauktae,  the weather official said. Hyderabad and Shaheed Benazirabad will also experience very hot weather with dusty winds blowing in the region. PMD Heat Wave Center earlier predicted a hot to very hot weather during next two days. The day time maximum temperature may rise to 40-43 ºCelsius and winds likely to blow from northeast/east especially on 16-17 May (today and tomorrow). Cyclone Tauktae has further intensified and moving towards northwest in Arabian Sea with 15 kilometers per hour speed, according to the met office. Presently, the cyclone has been at a distance of 1210 KM in south and southeast of Karachi. The storm is expected to make landfall in Indian state of Gujarat near Porbandar around afternoon as a ‘very severe’ cyclonic storm on Tuesday (May 18), according to a weather report. Based on the existing meteorological conditions, dust/thunderstorm-rain with few moderate to heavy falls with gusty winds of 60-80 Kmph are likely to occur in Thatta, Sujawal, Badin, Tharparker, Mirpurkhas, Umerkot and Sanghar districts during 17-20 May. Sea conditions will be rough to very rough and fishermen have been advised not to venture into the sea during 16-20 May 2021. The cyclone’s name ‘Tauktae’ pronounced as TauTe, given by Myanmar. It is a Burmese language word and it means a lizard.