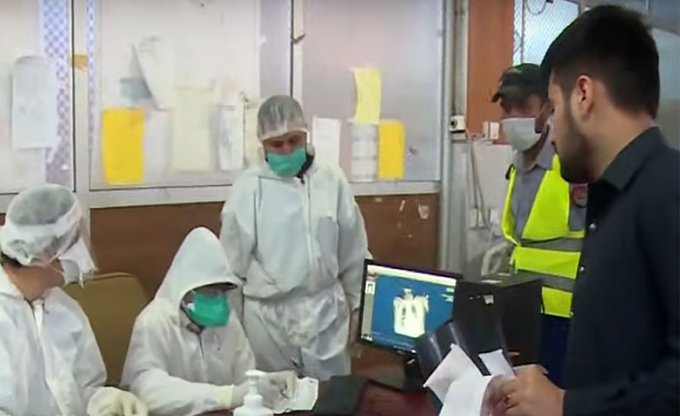 ISLAMABAD: National Command and Operation Centre (NCOC) on Sunday said that as many as 2,379 cases of COVID-19 and 76 virus-linked deaths have been reported in the country during the past 24 hoursAccording to the NCOC, after the addition of 2,379 cases, the number of active cases nationwide has reached 68,819. It said that overall 877,130 cases of COVID-19 have been reported in the country of which 788,768 have recovered from it. “19,543 people have died from the infection,” the body said. Punjab reported the most 325,662 cases and 9,367 deaths followed by 298,078 cases and 4,794 deaths in Sindh, 126,787 cases and 3,766 deaths in KP while Balochistan being the smallest province reported 23,831 cases and 264 deaths. The federal capital, according to NCOC, reported 79,123 cases and 731 deaths while federally administered areas including Gilgit Baltistan (GB) and Azad Jammu and Kashmir (AJK) witnessed 5,418 cases and 107 deaths, and 18,231 cases and 514 deaths respectively. Sharing data on ventilator occupancy nationwide, the body responsible for dealing COVID situation said 73 percent of ventilators have been occupied in Multan, followed by 56 percent in Lahore, 46 percent in Bahawalpur, and 39 percent in Peshawar. On availability of oxygen beds, the NCOC said that Gujranwala has the most occupancy of oxygen beds with 62 percent, followed by 59 percent in Multan, 46 percent in Bahawalpur and 45 percent each in Swabi and Peshawar.