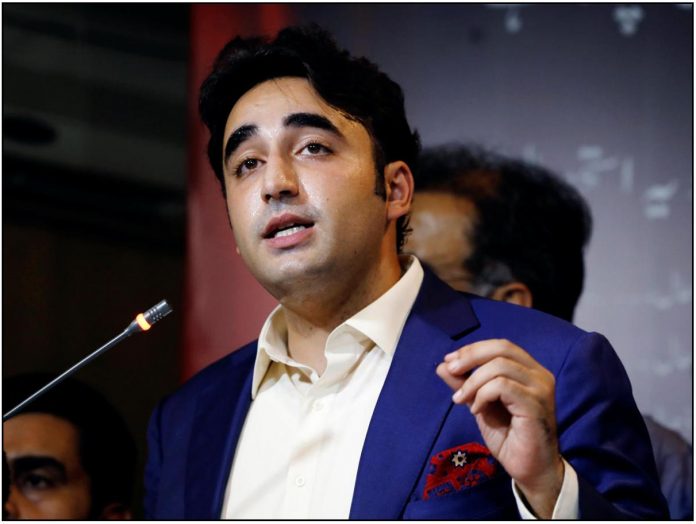 KARACHI: Hitting out at Pakistan Tehreek-i-Insaf (PTI) government’s economic policies, People’s Party (PPP) Chairman Bilawal Bhutto Zardari on Wednesday accused the former of levelling baseless allegations of money laundering and corruption against its political opponents just to take revenge on them so much so that the country was now on the brink of getting blacklisted. Bilawal said, “This is not tabdeeli (change) but tabahi (destruction).”  In a statement, the PPP chairman wondered how on earth foreigners could be persuaded to invest their capital in Pakistan when ‘selected’ Prime Minister Imran Khan was himself projecting the country as a safe haven of corrupt elements. “It is a matter of shame that just like Combodia, Ghana and Zimbabwe, Pakistan, too, could not manage to get its name removed from the FATF grey list,” he commented. He claimed that only if the prime minister had executed the ‘effective’ policy devised by PPP when it was in power, Pakistan could have easily managed to get its name off the grey list. “PPP government had won GSP+ status for the country from the European Union,” Bilawal said, and regretted that sadly Pakistan risked losing that status too under the present government. PPP chairman was of the view that Imran’s ‘crusade’ against corruption was in fact a joke with the nation so much so that now there were question marks even over the country’s future. Calling Prime Minister Imran Khan a patron of mafias, he said his false claims of accountability now lay exposed, and people would now no more be duped by him. “Those who used to claim that there was corruption of Rs12 billion every day in the country need to answer the question how much ‘looted’ money they have deposited in the national exchequer ever since they came to power in 2018,” Bilawal asked. He further said that PPP had all along been demanding the implementation on the National Action Plan, but the PTI government did not pay heed to this, and now the country’s economy had been hit badly because of that. “Mr. Imran, you cannot overcome inflation by just receiving phone calls at the Prime Minister’s House,” he taunted.