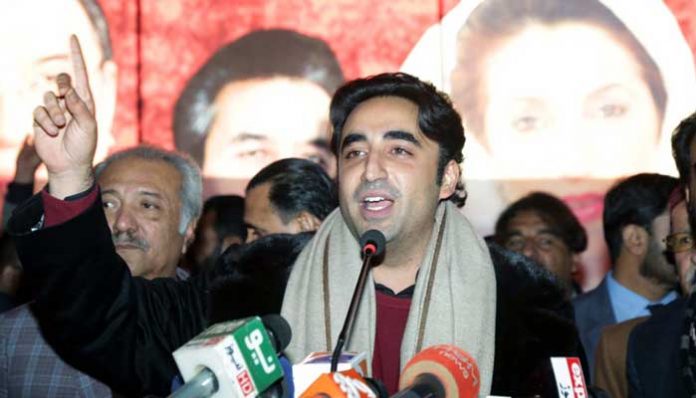 KARACHI: PPP Chairman Bilawal Bhutto Zardari has hit hard on Imran Khan’s PTI government for showing insensitivity towards rising inflation and ensuing poverty in the country. In a statement issued in Islamabad on Sunday, Bilawal Bhutto said that rate of poverty was dangerously on the rise. He said with a 30% rise in poverty rate, 80.5 million people are standing on the edge of poverty line. He said daily 15 to 20 people are ending their lives by committing suicide due to poverty. Bilawal asked Prime Minister Khan to come out of his dream world and assess the ground realities. He said for a common man life has become very hard. He said government has again raised the power tariff to extract Rs90 billion from the pockets of poor people. He posed a question if the inflation rate exceeds 14%, how a common man would survive? He said medicine prices in Pakistan have increased 100% adding that no one cares about the poor man. Bilawal said the government makes amnesty schemes for ‘elite’ and “langar khanas” for poor. He told the prime minister that this won’t work. The PPP chairman said if rumours of 20% retrenchment in industrial sector after Eid turned out to be true then the situation would become more difficult. He said the premier who always blame corruption being the main reason behind country’s bad economic situation, it is in fact his anti-people thinking that has economically destroyed Pakistan. PPP Chairman Bilawal Bhutto Zardari has congratulated the party workers on the PPP’s re-win in the recounting of Karachi’s constituency NA 249 by-poll. The PPP chairman said that after the recount, PPP’s margin of victory has been raised by 900 votes. He said Pandora of lies has exploded and truth won. He said Karachiites have rejected the “selected”.