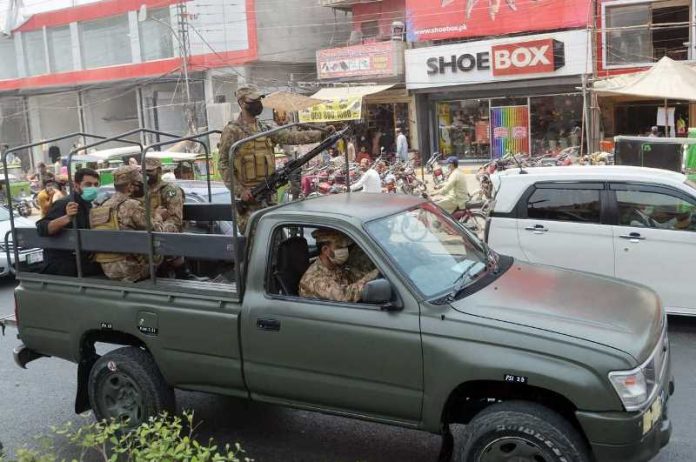 ISLAMABAD: Planning and Development Minister Asad Umar in a series of tweets on Saturday said “the extremely dangerous situation” necessitated restrictions during Eid holidays. “We realize that the mobility restrictions put into place from today till the 16th are going to cause inconvenience,” he said. “These measures have been necessitated by the extremely dangerous situation which has been created in the region with the spread of virulent mutations of the virus.” Asad Umar said the unfortunate catastrophe unfolding in India has grabbed global headlines. Yesterday there were more than four lakh cases in India with 4,194 deaths, he added. Hospitals have been overwhelmed and oxygen supply run out in many places. He maintained that Iran saw a sharp increase in cases during the same time period with active cases growing two and a half fold and daily deaths exceeding 400 in a day in a country with population less than half of Pakistan. Even a small country like nepal saw an exponential rise in cases going up above 7,000 daily, the minister said, adding deaths also rose sharply. “You can see the entire region is exploding with cases & deaths, in the latest covid wave. We have alhamdulillah been spared the worst by timely decisions.” he pointed out. “The need for caution is clear. The danger is higher than ever and knocking at our doors. Need the country to unite in response and achieve once again what we achieved in the first wave, for which we received global praise. Inshallah we will do it again, together.”