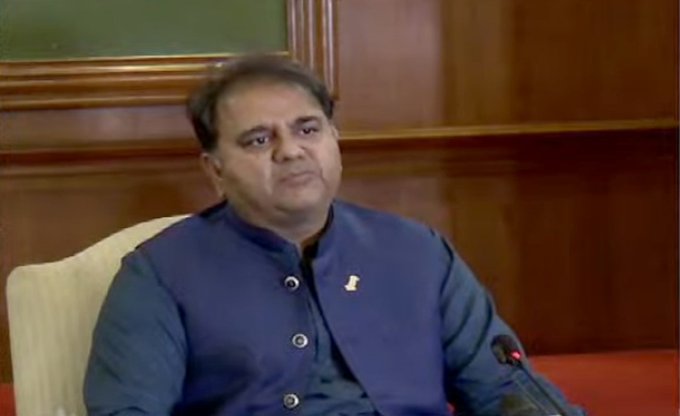 ISLAMABAD: Federal Information Minister Fawad Chaudhry and Special Assembly and Special Assistant to Prime Minister on Political Affairs (SAPM) Shahbaz Gill have reacted to the verdict of Lahore High Court (LHC), granting permission to Pakistan Muslim League Nawaz (PML-N) President Shehbaz Sharif to travel abroad for medical treatment, Fawad Chaudhry said that Shehbaz Sharif is involved in money laundering worth billions while allowing him to travel abroad is like joking with the law. He criticised that even punchaits would not give a verdict in a hurried manner, adding that fleeing like this would be inauspicious. The federal minister said that his elder brother, Nawaz Sharif, had also given a guarantee for his return to the country. He announced that all legal steps will be taken against the verdict.Chaudhry said that Prime Minister Imran Khan spotted the flaw in the justice system, but the opposition was not ready to bring reformations due to their personal interests. SAPM Shahbaz Gill said in his Twitter message that it was a surprise decision to permit Shehbaz Sharif to travel abroad. He continued that he had falsely guaranteed his elder brother, Nawaz Sharif, to assist him in fleeing from the country. He added that Nawaz Sharif has not returned to the country and declared absconding. He questioned why Shehbaz Sharif was not jailed for assisting a convict to flee from the country. Gill said that Shehbaz Sharif is now preparing to flee from the country too. Gill has also shared the copy of Shehbaz Sharif’s legal document which he had submitted to the court to ensure the return of Nawaz Sharif within four weeks after getting medical treatment. Earlier in the day, the Lahore High Court (LHC) gave one-time permission to the Pakistan Muslim League-Nawaz (PML-N) President Shahbaz Sharif to go abroad for medical treatment. The Lahore High Court in its conditional permission allowed Shahbaz Sharif to go abroad from May 08 to July 05. The court in its six-page written order said that Shahbaz could not be barred from travelling abroad even if his name is on the blacklist. His name is currently not on the ECL, the court said in its order while adjourning the hearing of the case for July 05.