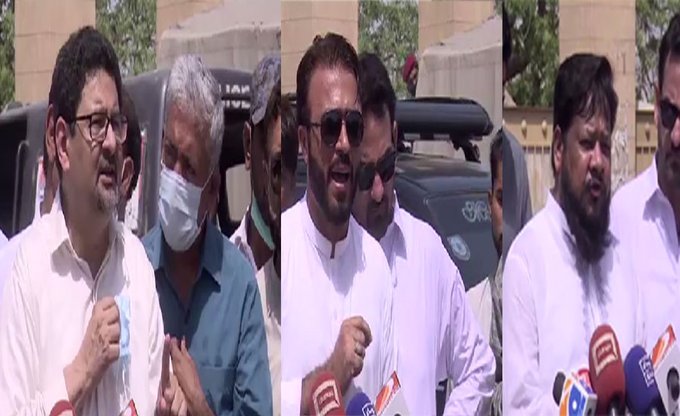 ISLAMABAD: Pakistan Tehreek-e-Insaf (PTI) has filed a petition in the Election Commission of Pakistan seeking to declare Karachi’s NA-249 election results as void, The PTI in its plea claimed that 17,000 votes of the constituency were transferred to other areas before the election in NA-249. It further alleged that favorite officers from the education department were posted as presiding officers in the constituency. The People’s Party also launched various development projects in the area to ensure victory of its candidate in the election. The PTI also said in its petition that Form 45 were not issued to the polling agents at several polling stations. The party describing the reasons pleaded to the ECP to declare the results of the by election in NA-249, Karachi as null and void. All political parties expect Pakistan People’s Party on Thursday boycotted recounting of votes in NA-249 over non-provision of form 45 and 46. The Election Commission of Pakistan had ordered a recount of votes in NA-249 on the request of Pakistan Muslim League-Nawaz (PML-N) candidate Miftah Ismail, who had lost the April 29 by-poll to Pakistan People’s Party’s (PPP) Qadir Mandokhel. The candidates of Pakistan Muslim League Nawaz, Pakistan Tehreek-e-Insaf, Pak Sarzameen Party, Muttahida Qaumi Movement-Pakistan and other political parties except PPP boycotted the recounting of votes fixed for today. Talking to newsmen outside the Election Commission Office, PTI’s Amjad Afridi said they demanded of the ECP to provide details of Form 45 and 46 and until provision recounting is unacceptable. Afridi claimed the votes bags brought for recounting were even unsealed.