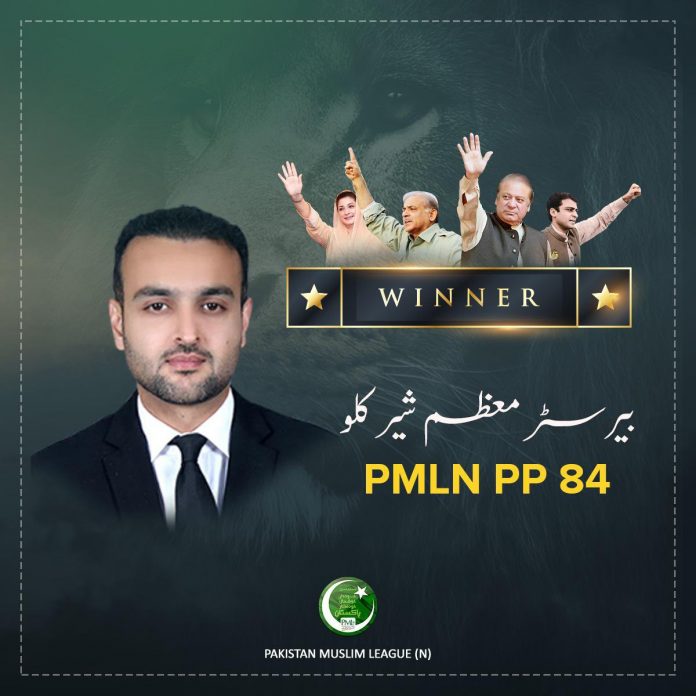 KHUSHAB: Pakistan Muslim League-Nawaz’s (PML-N) Moazzam Sher Kallu has won the PP-84 Khushab by-election with a significant margin as he retained the seat that was vacated after the death of party lawmaker Malik Muhammad Waris Kallo in March.

According to an unofficial and unconfirmed count that concluded early Thursday morning, Moazzam Sher Kallu came out on top with 73,081 votes, while Pakistan Tehreek-e-Insaf’s (PTI) Ali Hussain Baloch came second place, with 62,903 votes. Kallu’s margin of victory is 10,178 votes.The by-poll was held across 229 polling stations, featuring 666 polling booths — 344 for male and 322 for female voters. The total registered voters amount to 292,687 of which 155,104 are male and 137,583 female. The turnout was reported to be satisfactory.On Wednesday, voting concluded peacefully with little incident, though there were reports of PML-N and PTI workers engaging in a verbal duel at the Jamali Balochan Girls High School polling station.The Election Commission of Pakistan (ECP) swiftly dispatched the Deputy Superintendent of Police to handle the situation and said in a statement that “no untoward situation of law and order has been reported at the polling station”. It added that voting was to continue uninterrupted at the polling station.