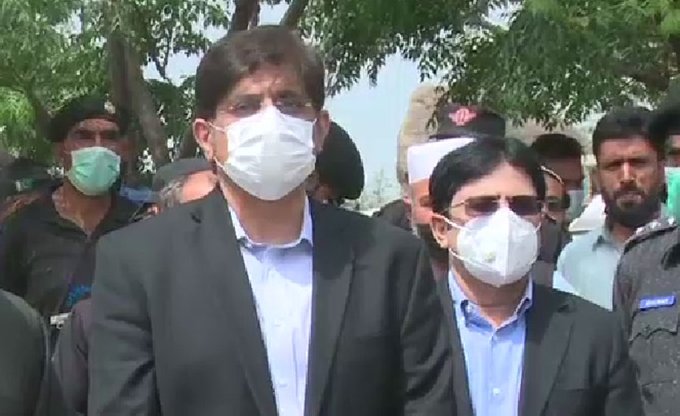 ISLAMABADSindh Chief Minister (CM) Syed Murad Ali Shah on Wednesday took a jibe at Federal Minister for Information and Broadcasting Fawad Chaudhry after his remarks about low standard operating procedures (SOPs) compliance in Sindh During a press conference in Islamabad, Fawad Chaudhry had criticised the Sindh government for lack of implementation on coronavirus SOPs. “Earlier a minister use to see the moon but now he has become an expert to measure COVID SOPs,” CM Sindh Murad Ali Shah said in an apparent criticism while talking to newsmen in Islamabad. The situation of coronavirus in Pakistan is worsening day by day as the government of Pakistan Tehreek-e-Insaf (PTI) has not taken the due steps, he added and claimed that Pakistan is far behind in the race of vaccinating people against the pandemic. On the NA-249 recount decision by the Election Commission of Pakistan (ECP), he said the decision was unexpected but the Pakistan People’s Party has accepted it. CM Sindh claimed that no complaint was filed on the polling day in the NA-249 by-election. He underlined the need of national consensus on the electroal reforms. On Tuesday, the Election Commission of Pakistan (ECP) had accepted Pakistan Muslim League-Nawaz (PML-N) candidate Miftah Ismail’s plea seeking vote recount in Karachi’s NA-249. Pakistan Peoples Party (PPP) Chairman Bilawal Bhutto Zardari had welcomed the Election Commission of Pakistan’s (ECP) vote recount decision in Karachi’s NA-249.