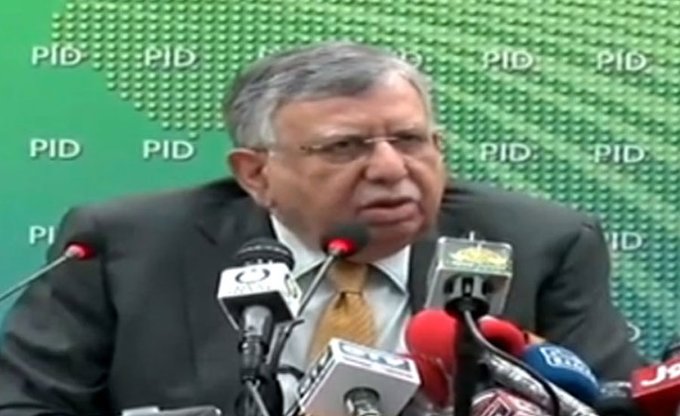 ISLAMABAD: Federal Minister for Finance Shaukat Tarin on Wednesday said that the conditions imposed on Pakistan by the International Monetary Fund (IMF) are not only strict but they also carry a political cost. Briefing the media in Islamabad, the finance minister said while the government is not seeking an exit from the IMF programme, it has some very tough conditions, so the country will seek some space from the financial institution. He added that the coronavirus pandemic has posed a serious threat to the economy otherwise the country was on its way to progress. “Streamlining the revenue and power sectors are important challenges for us, while successful farmers’ and the youth programmes will also be launched soon,” the minister said, adding that the move will provide job opportunities to the masses. Unveiling the way forward, he said twelve working groups have been constituted in the Economic Advisory Council to frame short, medium, and long term policies for different sectors. The minister said that stabilising prices is the main focus of the government along with keeping inflation in check so that the common man could be provided relief. The finance minister appreciated the Federal Board of Revenue (FBR) for doing some “good work” which led to enhanced revenue collection. He, however, said that more programmes will be announced in the next budget to eliminate harassment and encourage people to pay taxes. Lauding the FBR, he said that there was a 57% growth in revenue collection in the month of April as compared to the corresponding period last year. Speaking about bringing reforms to the energy sector, he said that the government is working on it, adding that spending on the agriculture sector will be increased to strengthen this vital sector of the economy. Tarin said the government also wants to bring Foreign Direct Investment in the export-oriented industries in order to bolster exports. “There is a great potential of growth in the IT sector,” said Tarin, adding that exports will remain worth two billion dollars this year which can be enhanced to eight billion dollars in the next two to three years.