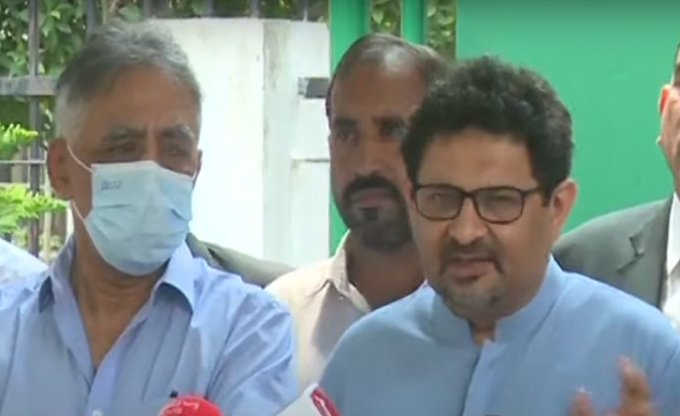 ISLAMABAD The Election Commission of Pakistan (ECP) accepted on Tuesday Pakistan Muslim League-Nawaz (PML-N) candidate Miftah Ismail’s plea seeking vote recount in Karachi’s NA-249. A four-member commission of the ECP headed by Chief Election Commissioner Sikandar Sultan Raja heard the plea. The ECP directed all parties to reach the office of the returning officer on May 6 at 9am for recounting of votes cast in the May 29 by-election in the National Assembly constituency. PML-N’s counsel Salman Akram Raja in his argument before the ECP stated that a large number of Form 45 were not duly signed by the presiding officers (POs), while agents of PML-N were also not given Form 46. Raja while submitting the details of Form 45 demanded the ECP to initiate an inquiry on the irregularities surfaced in the Karachi by-poll. He said that the PML-N will file a separate plea seeking re-polling in NA-249. To this, ECP member from Punjab Altaf Qureshi directed Raja to contain his arguments on the recount plea and convince the electoral body on it first, we will see the plea for re-polling if it is filed, he added. Meanwhile, the Pakistan People’s Party’s counsel Latif Khosa opposed the re-polling in the constituency and said in his argument it is not enough just to say that irregularities were made. “You should highlight where irregularities were reported.” PML-N raised objection over Form 45 around 2:30 am after losing the by-election, Khosa said and added neither PML-N challenged RO’s orders. The ECP after hearing arguments from both the side has reserved its verdict, which will be announced today. In his application, Miftah sought emergency action by CEC to seize sealed ballot papers and other election material used in NA-249 by-polls. He had stated in its plea that the election material should be kept at a secure location until the emergence of the final result of the by-polls. He demanded CEC to keep the election material in a safe location under the supervision of Rangers or the Pakistan Army. He thanked the Election Commission of Pakistan (ECP) for issuing a stay order on the results of NA-249 by-election. Ismail claimed that the majority of presiding officers (POs) and election staff belong to the Sindh government which illegally supported the provincial government and each political party has registered their complaints against it.