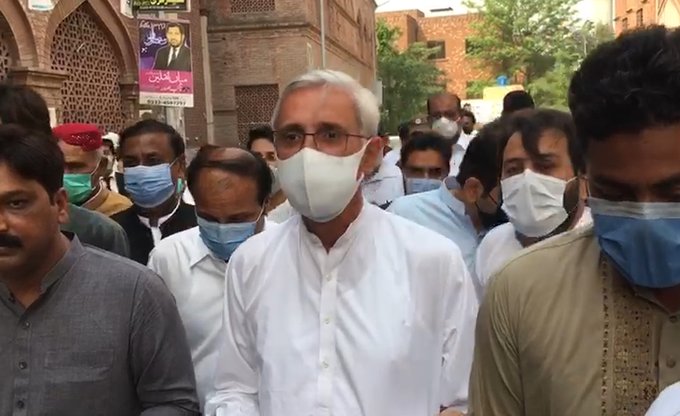 LAHORE: A meeting of the lawmakers and other allies of estranged PTI leader Jahangir Tareen held at his residence, decided to keep wait and see strategy till the Eid after recent meeting with the prime ministerIn the meeting, the lawmakers were of the opine to keep silence for the time being after the assurance given by the prime minister. The matter should not be talked about for the moment in order to avoid any worsening of the situation, the members of the group said. Any decision will be taken after Barrister Ali Zafar compiles his report about the cases, sources said. The sources said that the Jahangir Tareen group will show its muscles with more members after the Eidul Fitr. Lahore sessions court and a banking crimes court today extended the interim bail granted to estranged PTI leader Jahangir Tareen and his son Ali Tareen in two different cases until May 19. Accompanied by a number of PTI lawmakers, the father-son duo appeared before the courts. The lawmakers who turned up to show solidarity with the PTI leader include MNA Raja Riaz, Mubeen Alam Anwer, Khawaja Shiraz, Ghulam Lali, Nauman Langrial and Sami Gilani. The Federal Investigation Agency’s (FIA) investigation officer informed the courts that statements of the accused are being recorded and investigation against them has not yet been completed. Tareen’s lawyer stated that the head of a joint investigation team (JIT) investigating the cases has not yet issued notice to his client. He added Tareen will turn up before the JIT whenever he is summoned.