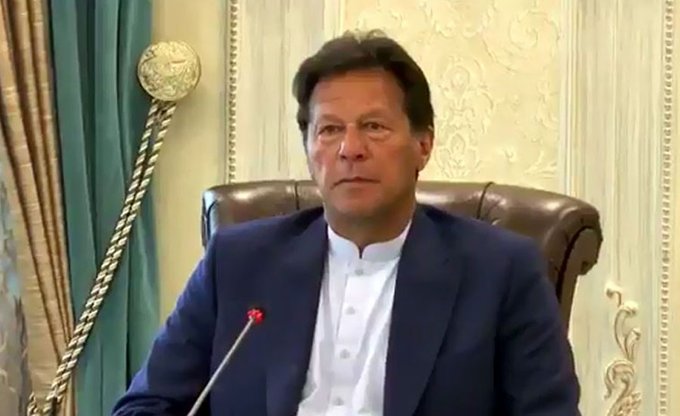 ISLAMABAD: Prime Minister Imran Khan in series of tweets on Saturday said all parties are crying foul and claiming rigging in Thursday’s NA-249 by-election.He said the same happened in the Daska by-election recently and in the Senate elections in March. In fact, apart from the 1970 election, in every election claims of rigging have raised doubts over credibility of election results, he pointed out.“In 2013 there were 133 NA constituencies’ disputes before elec[ion] tribunals. We asked for examination of just 4 constituencies’ votes & in all 4 rigging was established, ” the prime minister said.“But it took us a y[ea]r & a 126-days dharna to get a Judicial Comm[ission] which found over 40 faults in conduct of elections.” “Unfortunately no substantive reforms were put in place,” Prime Minister Khan lamented.“Technology & use of Electronic Voting Machines are the only answer to reclaim credibility of elections,” he stressed, inviting the Opposition to “sit with us & select from EVM models we have available to restore our elections credibility.”The PM recalled former US president Donald Trump’s team did everything to dispute 2020 presidential election result but because technology was used in electoral process, not one irregularity was found. “For a year now we have been asking the Opposition to cooperate with us & help reform our present electoral system,” he maintained. The premier reiterated his government’s resolve to put in place reforms in the electoral system through the use of technology to bring transparency and credibility to elections and strengthen democracy.