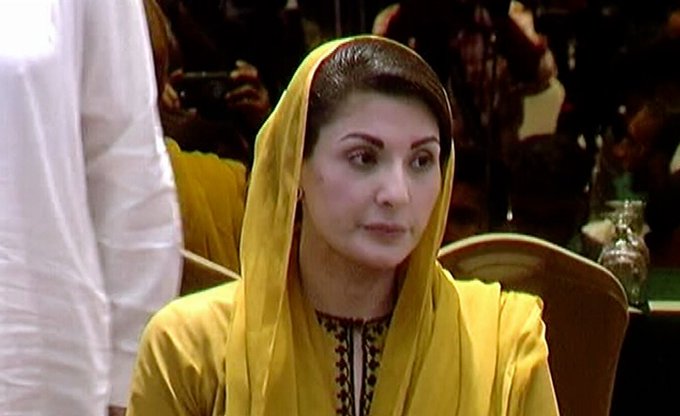 LAHORE: Pakistan Muslim League Nawaz (PML-N) Vice President Maryam Nawaz has hinted to challenge the by-elections results of the NA-249 constituency in Karachi where Pakistan People’s Party (PPP) candidate won the polls, She slammed the political opponents in a Twitter message, saying that the tactics to defeat her political party will be exposed soon. The PML-N VP threatened that the lion could not be hunted down so easily, adding that they should remember it and wait for the response. She said that PML-N will take back the right of the citizens. Maryam said that the political party will accept defeat if it is the decision of the citizens. Maryam Nawaz added that PML-N will fight against every decision taken by stealing ballot boxes and vote-rigging. ‘Make no mistake about it.’ Earlier in the day, responding to rigging allegations after a PPP candidate won from NA-249, Bilawal Bhutto-Zardari said that those who are raising hue and cry over their loss and terming it a Daska 2 should inform as to where violent incidents like Daska have been repeated during the Baldia by-poll. “The PML-N friends should learn to admit their loss. If they have any proof of rigging in NA-249 then bring it forward or otherwise stay silent,” he said adding that instead of fighting with the federal government, they want to create a fight within the opposition parties. He said that both Shahid Khaqan Abbasi and Muhammad Zubair were at the DRO office to collect election results. “I would have called Shehbaz Sharif if PML-N secured victory from the constituency,” Bilawal said. Earlier on Thursday, Pakistan People’s Party (PPP) had won the by-poll in the National Assembly constituency in Karachi NA-249 with a close margin of 683 votes. According to unofficial results of all 276 polling stations released by the District Returning Officer (DRO), Pakistan People’s Party (PPP) candidate Qadir Khan Mandokhail had secured 16,156 votes to win the NA-249 Karachi West-II by-election, while Pakistan Muslim League-Nawaz (PML-N) candidate Miftah Ismail got 15,473 votes to remain second. Nazir Ahmed bagged 11,126 votes and came third. Pak Sarzameen Party (PSP) chief Mustafa Kamal received 9,227 votes. Pakistan Tehreek-e-Insaf (PTI) candidate Amjad Afridi secured the fifth position by obtaining 8,922 votes.The National Assembly seat had fallen vacant due to the resignation of PTI MNA Faisal Vawda from the District West-II constituency.