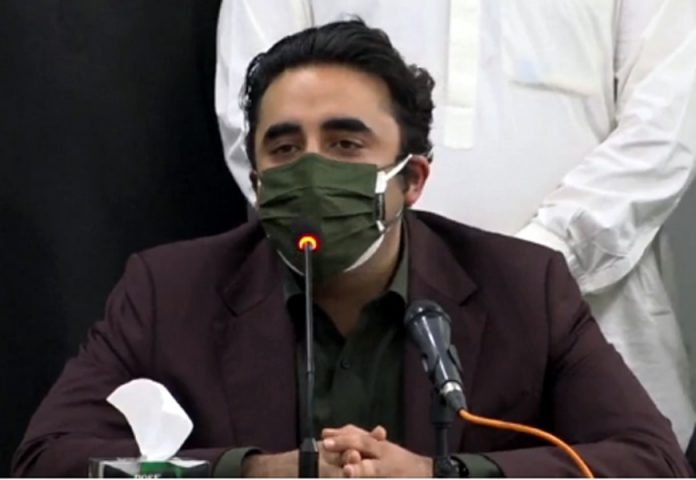 ISLAMABAD: Pakistan People’s Party (PPP) Chairman Bilawal Bhutto Zardari has demanded of President Arif Alvi to resign over sending what he termed as a fake reference against Supreme Court Judge Justice Qazi Faez IsaAddressing a presser on Friday while flanked by PPP leaders, Bilawal Bhutto said that other than the president, the law minister should also resign after the president sent a ‘fake’ reference against Justice Qazi Faez Isa. “The president should have used his mind before forwarding the reference against the apex court judge,” he said adding that they would be made accountable for their crime and it would be better for them to soon realize their mistake. He said that the PPP has termed the reference against Justice Qazi Faez Isa as inappropriate since it was sent to the Supreme Judicial Council (SJC) by President Arif Alvi. “The apex court has exposed the conspiracy against Justice Qazi Faez Isa,” he said. Responding to rigging allegations after a PPP candidate won from NA-249, Bilawal Bhutto said that those who are raising hue and cry over their loss and terming it a Daska 2 should inform as to where violent incidents like Daska have been repeated during the Baldia by-poll. “The PML-N friends should learn to admit their loss. If they have any proof of rigging in NA-249 then bring it forward or otherwise stay silent,” he said adding that instead of fighting with the federal government, they want to create a fight within the opposition parties. He said that both Shahid Khaqan Abbasi and Muhammad Zubair were at the DRO office to collect election results. “I would have called Shehbaz Sharif if PML-N secured victory from the constituency,” Bilawal said.