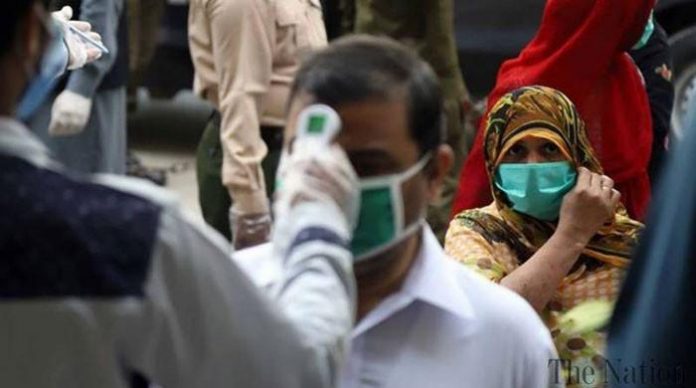 KARACHI: The Sindh province on Thursday reported more than 1,000 COVID-19 cases in a day with four more patients succumbing to death, lifting the death toll to 4,633, Giving a daily briefing on COVID-19, Sindh Chief Minister Syed Murad Ali Shah said that 14,633 samples were tested which detected 1060 cases that constituted a 7.2 percent current detection rate. He added that so far 3,621,994 tests have been conducted against which 282,444 cases were diagnosed, of them 94 percent or 264,052 patients have recovered, including 279 overnight. The death ratio in the province has reached 1.7 percent. Murad Ali Shah said that currently, 13,759 patients were under treatment, of them 13,149 were in home isolation, seven at isolation centers and 603 at different hospitals. He added that the condition of 570 patients was stated to be critical, including 47 shifted to ventilators. According to the statement, out of 1060 new cases, 394 have been detected from Karachi, including 196 from East, 99 South, 49 Central, 26 Malir, 19 Korangi and 5 West. Pakistan has reported 151 more COVID deaths in a single day, pushing the nationwide tally of fatalities to 17,680 on Thursday. According to the latest figures issued by the National Command and Operation Center (NCOC), 5,480 persons were tested positive for COVID-19 for the same period, pushing the number of positive cases to 815,711. Pakistan has conducted 57,013 tests in the past 24 hours out of which 5, 480 persons were tested positive for the disease. Overall 11,739,027 tests have been conducted so far to detect the deadly virus.