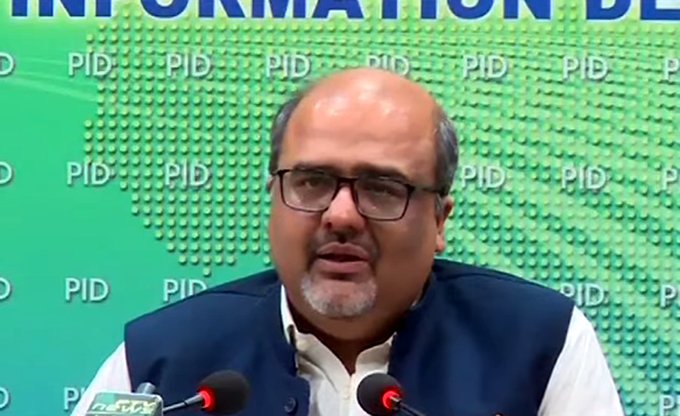 Prime Minister Imran Khan’s Adviser on Interior and Accountability Shahzad Akbar on Wednesday announced that his lawyers have issued a legal notice to the former director-general of the Federal Investigation Agency Bashir Memon for “levelling baseless allegations against him.”

“My lawyers have issued [a] legal notice to Bashir Memon for his lies and slanderous accusations with malafide and without any evidence,” the SAPM wrote on Twitter.

“I firmly believe in rule of law, and he shall be answerable before a court of law for his slander.”
It should be recalled that Memon, while speaking on the Geo News’ programme “Aaj Shahzeb Khanzada Kay Sath,” had once again said he was asked by the prime minister himself to file cases against Supreme Court judge Justice Qazi Faez Isa and other Opposition leaders during his tenure as the Federal Investigation Agency’s (FIA) director-general.

Memon had said that Federal Minister for Law and Justice Farogh Naseem Naseem and Akbar also wanted him to proceed against Justice Isa on money laundering charges, but he had refused to do so as “the agency had no grounds to do so, especially since the matter pertained to a Supreme Court judge.”