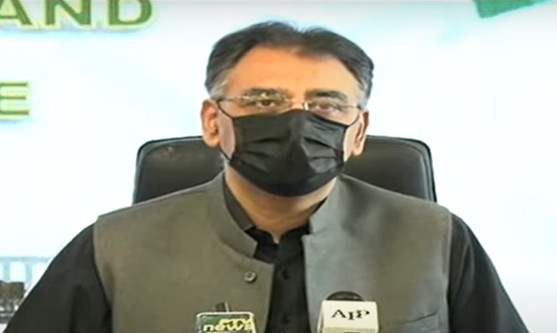 ISLAMABAD: Special Assistant to the Prime Minister on Health Dr Faisal Sultan on Wednesday presided over a meeting of the National Steering Committee and announced that the PTI government has decided to launch health cards for the permanent residents of Islamabad and Gilgit-Baltistan.

Speaking to the media after the meeting, Dr Faisal Sultan said that in Islamabad, more than 258,000 families will be able to benefit from the government’s Sehat Insaf Card scheme launched under PTI’s Sehat Sahulat Programme.

“Similarly, about 328,00 households in Gilgit Baltistan will be able to get free medical treatment through the heath card facility,” Dr Sultan said.

Under the scheme, the government has planned to provide health cards to 80 million poor people — or 10.5 million households — so that they could receive free medical treatment in private and public hospitals.