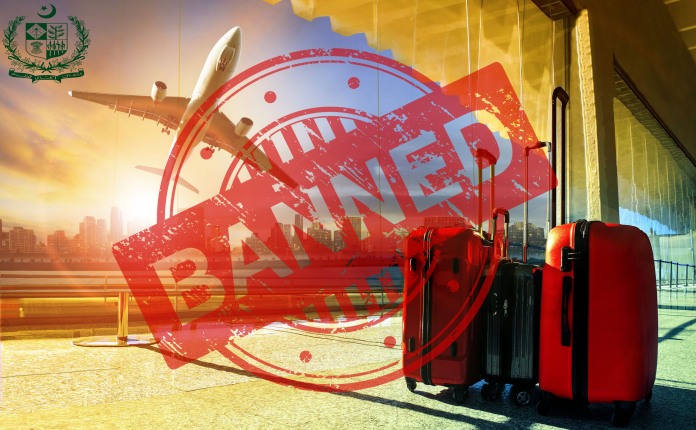 KARACHI: The government has imposed a complete ban on tourism from May 8 to May 16, including during Eid holidays, in view of the increasing number of coronavirus cases. According to a notification issued by the Ministry of Interior on Tuesday, travelling will be banned during the Eid holidays while all tourist resorts, hotels, restaurants, parks, other recreational places and shopping malls will remain closed. According to the notification, inter-city and inter-provincial transport will be banned during Eid holidays; however, locals especially of Gilgit Baltistan (GB) will be allowed to travel. The ministry further directed that routes leading to tourist spots will be closed with special focus on Murree, Galliyat, Swat-Kalam, Sea View/beaches and Northern Areas. The Interior Ministry has also directed to ensure timely issuance of SOPs/guidelines for Itekaf, Shab-e-Qadar, Jumma-tul-Wda and Namaz-e-Eid. Earlier, National Command and Operation Center (NCOC) on Monday proposed the government to announce week-long Eid holidays from May 10 to May 16. The new restrictions announced by the government included; Timely SOPs to be prepared for Itekaf, Shab-e-Qadar, Friday prayers and Eid prayers, Ban on tourism from May 8 to May 16, including Eid holidays -Tourist spots, parks, and hotels to be closed, Ban on inter-province and inter-city travel (only Gilgit-Baltistan residents will be allowed to travel back home), Travel nodes leading to tourist spots to be closed such as Murree, Galiyat, Swat, Kalam, & northern areas and Sea View and beaches to be closed. The notification issued by the Interior Ministry added that the uninterrupted supply of electricity will be ensured to residents across the country. The directives have been sent to the home departments of all provinces. Meanwhile, 142 more people have died in the country during the last 24 hours as the pandemic continues to takes its toll on human lives. With 142 more people losing their lives, the total number of people dying in the country from the virus so far has now reached 17, 329 while 4, 487 more cases were also reported during the last 24 hours, taking the ratio of positive cases to 10.20 per cent. Presently, there are 87, 800 active cases in the country. According to the National Command and Operation Centre (NCOC), Punjab has the highest number of cases where their numbers crossed 293468 mark during the last 24 hours; Islamabad comes next with 73, 804 cases, Sindh has over 0.2 million cases, Khyber Pakhtunkhwa (KP) has over 1,14000 cases while in Balochistan there are 21, 803 coronavirus cases. Similarly, in Azad Jammu and Kashmir there are 16, 559 cases while Gilgit Baltistan has 5, 272 cases of the virus.