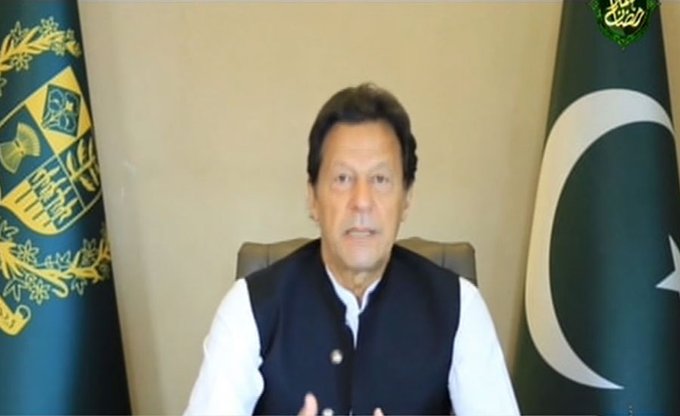 ISLAMABAD: Prime Minister Imran Khan on Sunday lauded his party and said that Pakistan Tehreek-e-Insaf is the only political entity in the country’s history to launch a campaign against corruption.

The premier was speaking via a video link on the occasion of PTI’s 25th Youm-e-Tasees (foundation day) and said that more than two decades ago, he formed the party in view of the fact that corruption was damaging the country.

“I had studied political science in the university and had played professional cricket in Britain, therefore, I had realised it early on that nations don’t move towards destruction due to a lack of resources or because of bombings or war,” he said.

“It is corruption which pushes a country towards decline.”

The premier said that when people in power resort to corrupt practices, then a nation is destined to face a decline. He said that twenty-five years ago, he and his friends named the party after the concept of Insaf (justice) because, without justice, corruption cannot be eliminated.

“This was the reason why a person like me — who was not only famous but had been bestowed with everything in life — decided to join politics [in a bid to make a change].”