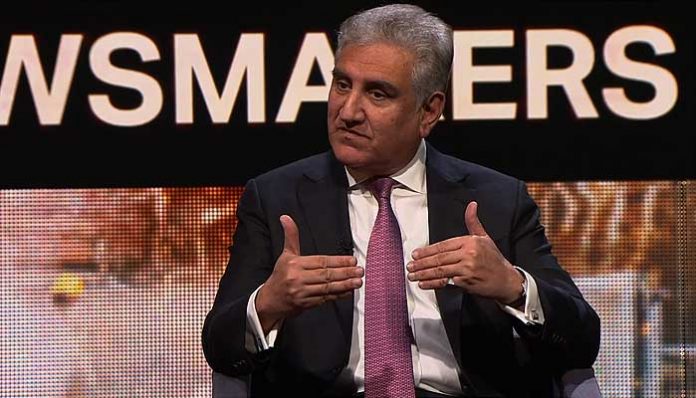 ISTANBUL: Pakistan has categorically rejected that it is holding “any” peace talks with India through backdoor channels or with third-party mediation. Foreign Minister Shah Mahmood Qureshi, in an interview with TRT, a Turkish media outlet, noted that the UAE has good relations with both South Asian nuclear states, but there were no such talks going on between them. He was referring to media reports claiming that the two countries are engaged in secret talks to defuse tensions, with the UAE mediating the process. The Gulf state’s envoy to Washington, Ambassador Yousef Al Otaiba, had recently told a media outlet that the UAE played a role “in bringing Kashmir escalation down and created a ceasefire, hopefully ultimately leading to restoring diplomats and getting the relationship back to a healthy level”. The statement had followed news reports that top decision makers had met behind closed doors on neutral soil to negotiate a defusion of the heightened tensions between the two countries. FM Qureshi told TRT that Pakistan “never shied away” from talks, but India has been doing so. “We are not having any peace talks with India and UAE is not facilitating any such talk,” he said. He said Pakistan is willing to sit down, but India will have to create a conducive environment vitiated by its unilateral August 5, 2019 action in Indian Occupied Kashmir, depriving the Kashmiris of their fundamental rights.