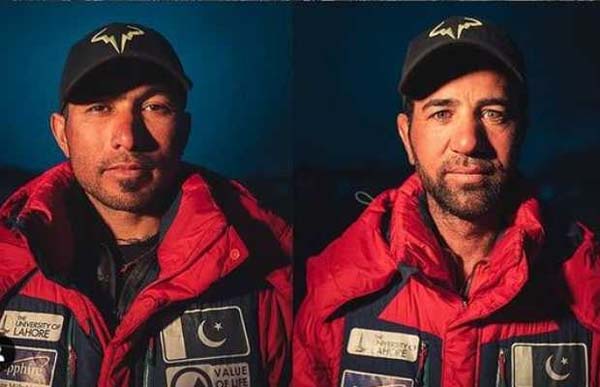 ISLAMABAD: (Jameel Awan) Sirbaz Khan and Muhammad Abdul Joshi, who became the first Pakistanis to summit the 8,091-metre Annapurna peak in Nepal, last week have dedicated their feat to Muhammad Ali Sadpara, Alpine Club of Pakistan (ACP) said on Tuesday. Sadpara was declared dead in February, this year after he went missing on the world’s second-highest mountain, K2, during a winter expedition. “It’s a great accomplishment. They’ve hoisted Pakistan and ACP’s flags on Annapurna for the first time. The club acknowledges their contributions,” Secretary ACP, Karrar Haidri. Led by Sirbaz, the four-member team included climber Joshi, manager Saad Munawar and photographer and cyclist Kamran Ali. Sirbaz, who hails from Aliabad, Hunza, began his climbing career in 2016. He is on a mission to summit the world’s 14 highest peaks and has already climbed five including K2, Nanga Parbat, Broad Peak, Lhotse, and Manaslu. Abdul Joshi, 36, who is a native of Shimshal valley of Gilgit-Baltistan, started his climbing journey as a guide on various 8000m expeditions but this was his first successful 8,000m peak summit. Joshi is passionate about summiting the unclimbed peaks. “The team is arriving back in the country on Thursday. They are a source of inspiration for the young generation. We’ll accord them a warm welcome,” Haidri said.