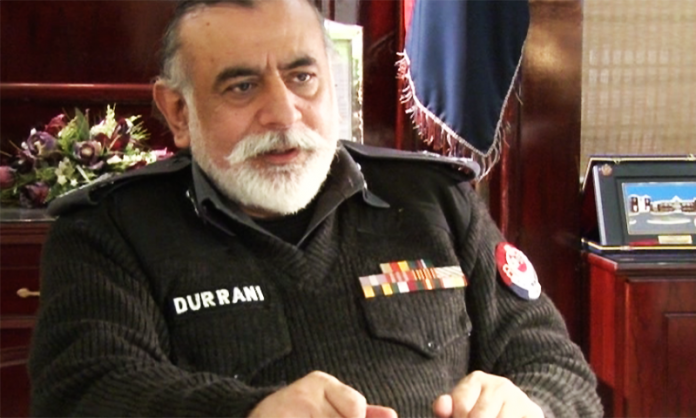 LAHORE: (Web Desk) Former Khyber Pakhtunkhwa (KP) IGP Nasir Durrani passed away due to coronavirus. The former IG KP was under treatment at Mayo Hospital for a month. He was on ventilator support for the last several days after his condition deteriorated. During 2013, he was appointed as KP IGP and served the province till 2017. He was credited for bringing reforms in the KP police during his tenure under the PTI government. Durrani had also served as the head of the Punjab Police Reforms Commission. Prime Minister Imran Khan expressed his condolence over the death of Nasir Khan Durrani and lauded the services of the former police chief. He also prayed for the departed soul and expressed condolence with his bereaved family. Punjab Chief Minister Sardar Usman Buzdar and Punjab Special Assistant for Information Dr Firdous Ashiq Awan have expressed deep sorrow over his demise. Buzdar and Awan said that Nasir Durrani was a patriotic Pakistani and an honest police officer; his services will always be remembered.