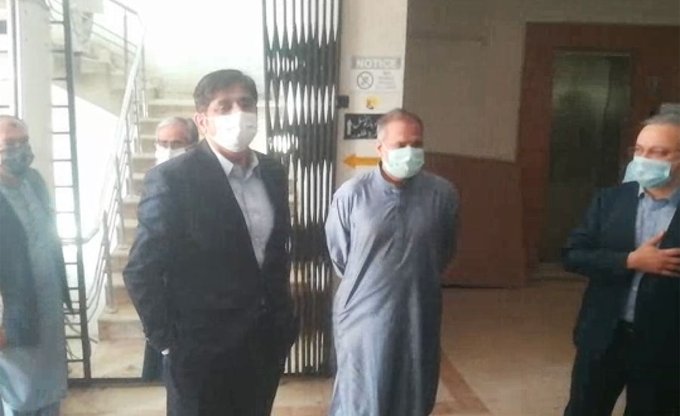 ISLAMABAD: Sindh Chief Minister Murad Ali Shah on Monday said that the federal government did not take the provinces into confidence over ongoing talks with the defunct Tehreek-e-Labbaik Pakistan (TLP). The chief minister was speaking to the media in Islamabad where he appeared for a hearing at the National Accountability Bureau office on Monday. CM Shah said the issue started five to six days ago, but the provinces were not taken into confidence by the Centre. “We can find a solution if stakeholders are in confidence,” he said. He was asked regarding the Lahore situation where law enforcers were taken hostage by the banned TLP in an attack on a police station. The hostages, however, were released after negotiations were held with the religiopolitical group by the Punjab government. Shah said he was unaware of the talks and only came to know about it at sehri. “I don’t know what the government is going to offer to the religious party. I can only suggest that it should not be something which is not possible,” the CM said. Shah said his advice to the government would be to not look for short term goals. When asked about the strike call by religious leaders against the Lahore incident, Shah said the government will not stop peaceful protests. “If someone wants to shut their business and transport, they can do so,” he said. “We are in contact with the relevant people.” He said that the authorities will take measures if a law and order situation is created.