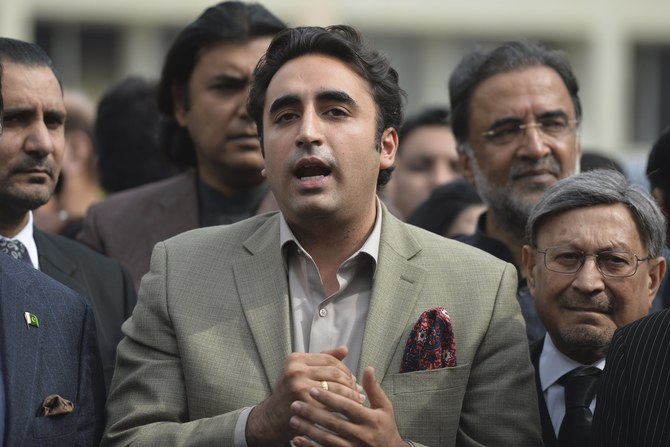 KARACHI: Chairman of Pakistan People’s Party Bilawal Bhutto Zardari has condemned the violence in Lahore and other parts of the country and expressed grief over the loss of lives, including those of our policemen and civilians, as the direct result of the PTI government’s inability to handle the situation peacefully. Responding to the situation in the country, the PPP Chairman said that the shedding of human blood and incitement to violence was never the answer to any situation because history informs us that violence only begets more violence. “The real fight is about fighting against the root of the festering problem, not in just responding to the symptoms. Why the selected government has not bothered to implement the National Action Plan (NAP), or even discuss arising challenges in parliament,” Bilawal Bhutto added. In a statement issued, the PPP Chairman pointed out that the tendency to foster and coddle pressure groups through instigating ethnic, religious and sectarian hatred had begun during Zia’s regime, to squeeze mainstream national political parties. “This dictatorial tool continues to be used even today as an operational lever to reduce the salience and size of mainstream political parties, as more and more “Frankensteins” are being midwifed to curb the democratic aspirations of the people of Pakistan,” he added. Bilawal said in the same context that is painfully clear that we have failed to understand that no one can consistently play with fire without getting burnt themselves. “PPP had been in the frontlines of resisting any discourse or action that promoted violence or extremism since its inception. For this, the party and its leadership, including Mohtarma Shaheed Benazir Bhutto has paid a heavy price. It is distressing therefore to witness how the ‘selected’ were allowed to attack government properties, occupy government offices in Islamabad and hold the government hostage since 2013. Today, the same modus operandi is being replicated to further destroy the system,” Bilawal Bhutto Zardari said. The PPP Chairman said that he is very clear that the state is responsible for protecting people, and a serial failure of the current selected regime to fulfil this responsibility has dragged the country into unprecedented chaos and anarchy, exposing both the population and state to risks that are incalculable. “In any situation, the law must be the only factor to prevail and that to that effect all issues should be addressed through constitutional mechanisms, instead of resort to more violence” the PPP Chairman said.