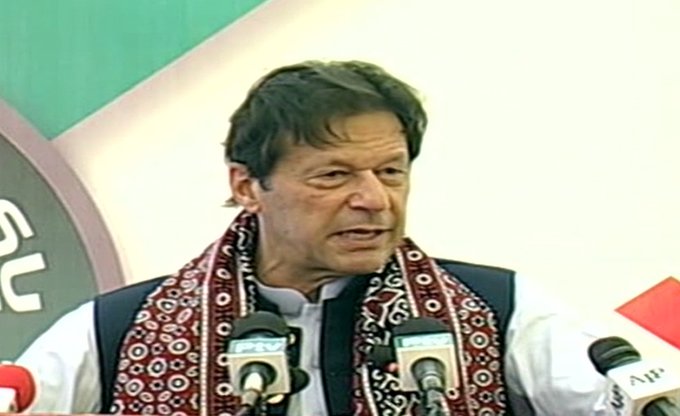 ISLAMABAD: Prime Minister Imran Khan Saturday called upon the Western governments to penalize those elements who had been deliberately spreading message of hate against Muslims by using the same standards with which they had outlawed any negative comments on holocaust. The prime minister, on his twitter handle, also demanded an apology from those extremists in the West who under the garb of freedom of speech had hurt 1.3 billion Muslims by their blasphemous acts against the Holy Prophet Hazrat Muhammad (Peace Be Upon Him). “I also call on Western govts who have outlawed any negative comment on the holocaust to use the same standards to penalize those deliberately spreading their message of hate against Muslims by abusing (blaspheming) our (Holy) Prophet Peace Be Upon Him (PBUH), the prime minister posted. “Those in the West, incl (including) extreme right politicians, who deliberately indulge in such abuse & hate under guise of freedom of speech clearly lack moral sense & courage to apologize to the 1.3 bn Muslims for causing this hurt. We demand an apology from these extremists,” he further posted. The prime minister also made it clear that the government took action against Tehreek -e- Labbaik Pakistan (TLP), a banned organization, under anti-terrorist laws when it challenged the writ of the state as no one could be above the law. “Let me make clear to people here & abroad: Our govt only took action against TLP under our anti-terrorist law when they challenged the writ of the state and used street violence & attacking the public & law enforcers. No one can be above the law and the Constitution,” he said in a related tweet.