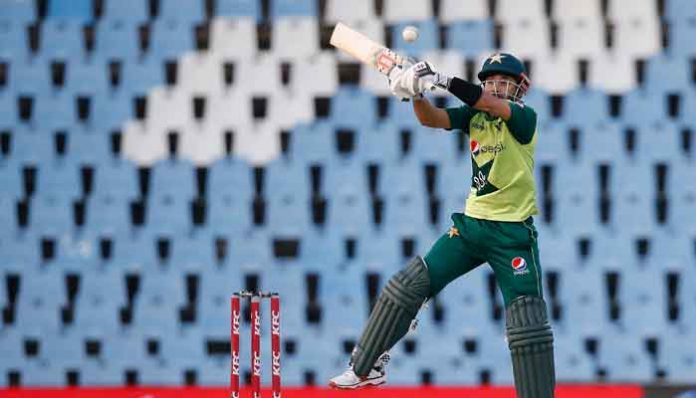 KARACHI: (Hannan Ali Narejo) Pakistan national team captain Babar Azam lauded the outstanding performance and dedication of wicketkeeper Mohammad Rizwan, saying that he performed brilliantly despite the fact that he was fasting during the third T20 of the South African series. The captain praised Rizwan, saying that he was fasting and yet stayed on the field throughout the match. “First as a wicketkeeper and then Razi Bhai returned unbeaten as a batsman to see the team through. He has really shown the guts of a true fighter,” Babar appreciated Rizwan’s passion for the game. Pakistan chased a target of 204 comprehensively with 12 balls remaining and for the loss of just one wicket to ensure one of the most memorable run-chases for the country during the third T-20 match against the Proteas. The team score of 205/1 is Pakistan’s best in T2OIs after 205/3 vs West Indies at Karachi in 2018. The wicket-keeper batsman Mohammad Rizwan remained not out with an individual score of 73 — this was Rizwan’s 3rd half-century in run-chases, the greatest number of half-centuries by a Pakistani batsman while chasing a target.