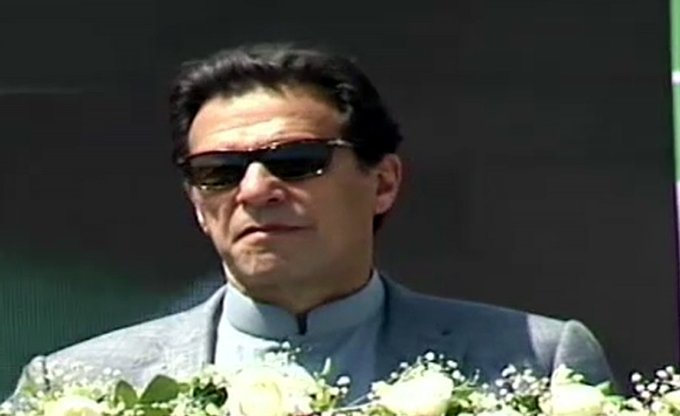 Banks in Pakistan are not in the habit of giving loans to people without influence, says Prime Minister Imran Khan.He was speaking on Thursday at the groundbreaking ceremony of Farash Town apartments in Islamabad, which is a housing project under the Naya Pakistan Housing programme.The apartments are expected to be completed within the next two years. “People still face obstacles when approaching banks for small loans to make a house,” the premier told the audience, explaining that negotiations between the government and banks are still under way.He spoke about going towards automation to make processes, such as going to the Capital Development Authority to get permission for construction or house maps approved, easier.PM Khan appreciated military engineering group Frontier Works Organisation’s (FWO) work on the housing project, mentioning FWO’s contribution in completing infrastructure work at Kartarpur Corridor in “record time”.The Prime Minister said katchi abadis (slums) are increasing across Pakistan because people don’t have enough money to make houses. “Nobody has ever thought of the people living in slums,” he said, adding that around 40% of Karachi is covered in slum area.In Islamabad, too, slum areas are spreading. As part of this apartment project, the premier said 600 people living in slums will be given flats. He hoped for everyone living in slum areas to one day own a house of their own.