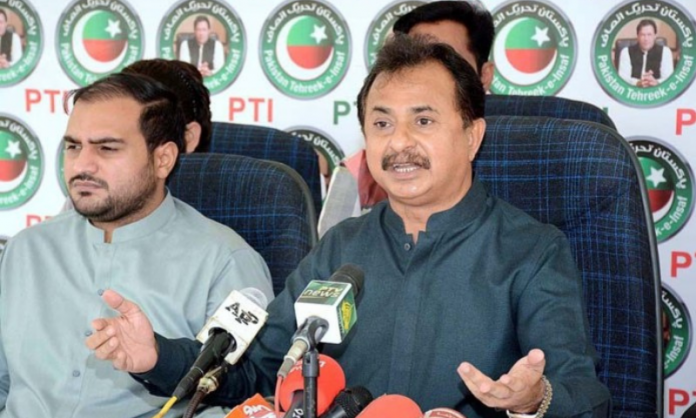 Karachi, April 8: Pakistan Tehreek e Insaf PTI Vice President and Opposition leader in Sindh Assembly Haleem Adil Sheikh has said in a video statement issue for Media that the opposition was making big claims to overthrow the government but has fallen on its own, today PDM leaders are at each other’s throats. He said that 2021 is proving to be the year of development of the country. Thanks to the struggle of our leader Imran Khan, the country is prospering. In the past, politicians looted the country and sent all the money abroad, but Imran Khan is the only leader who brought all his money into the country from abroad. He said today, Pakistan’s exports have increased, the stock market is at its highest level. Inflation has come down compared to last year and the dollar has also fallen. The highest number of vehicles sold in March 2021. The FBR has met the tax targets. The business community is paying taxes. In the past, they did not pay taxes because the thieves ate all the money. He said the people are convinced that the ruler is honest now and the money is going to the people. Opposition is fighting in a small position of Senate Opposition Leader, now PDM is dead. He said 2021 will be the year of fulfillment of promises made, homeless families have started getting houses and employment opportunities are also coming. Pakistan is currently on the right track of development. Haleem Adil Sheikh further said that PPP government in Sindh has taken away basic facilities from the people. There is an urgent need to invent vaccines even for the corrupt rulers of Sindh. He said Education, Health and clean water are not available to the masses in Sindh. He said more than 5,000 AIDS cases have been reported in Bhutto’s city of Larkana, measles is spreading in Sindh, ambulances have been stopped from being given to the people in Sindh, dog bite cases are highest in Sindh. He said Rs 6 crore was spent on dog killing campaign but nowhere in Sindh is the campaign visible, If dogs were to be killed then why 92 crore dogs were spent on neutering the dogs The people demand accountability from the corrupt rulers of Sindh. The people of Sindh will not be left alone, we soon save the people from these corrupt rulers.