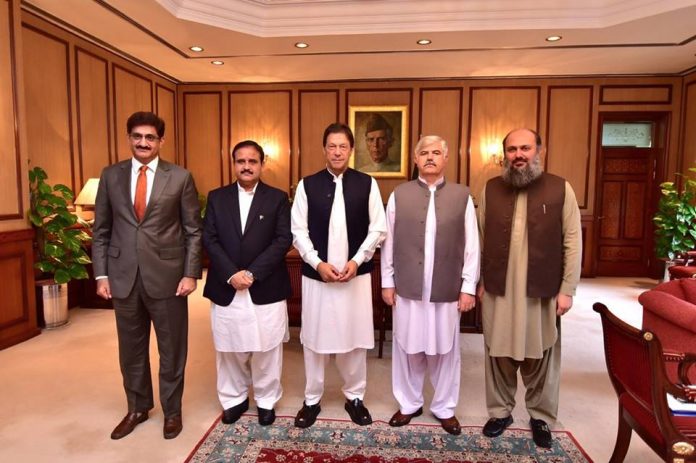 ISLAMABAD: Prime Minister Imran Khan will preside over a meeting of the Council of Common Interests (CCI) in which all four chief ministers and key federal ministers will take part. Sources said the forum will discuss matters of importance for all provinces of the country such as the census 2017 results, the National Electric Power Regulatory Authority’s (NEPRA) annual report, and other issues. The council will also review the implementation of earlier decisions taken by the CCI as well as amendments to the OGRA Ordinance, said sources. The CCI will also discuss matters related to higher education in the country in light of the 18th Amendment. Sources said the third wave of the coronavirus and its deadly effect will also be discussed between participants of the meeting. The issuance of a notification for the population census results held in 2017 is one of the more crucial items on the agenda. Earlier, a ministerial committee was formed comprising the ministers for planning, IPC and maritime affairs, all provincial representatives, attorney-general and planning secretary. This committee will table its recommendations before the CCI. Pakistan’s last census was held four years ago in 2017 and holding sample surveys might provide no solution acceptable to all stakeholders. After the census in 2017 when the PML-N was ruling the country, it was once decided to hold a sample survey in 3% to 5% areas in all four provinces but it did not materialize. MQM-Pakistan, meanwhile, is demanding to scrap the census in urban areas of Sindh, especially in Karachi and Hyderabad, so there will be no easy way forward for the government. Now the statistics division has been handed over to the planning ministry and the Pakistan Bureau of Statistics (PBS) is averse to any decision on holding sample surveys after a four-year period because many realities in the same blocks might have changed and it would not be in line with international standards to conduct a survey after a long pause for verification purposes.