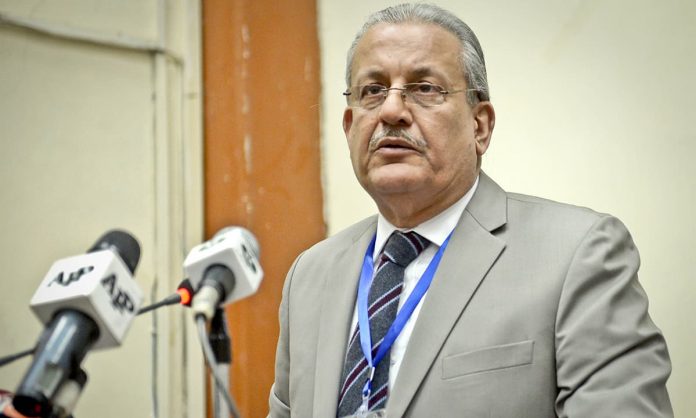 ISLAMABAD: Former chairman Senate Mian Raza Rabbani believes that the federal cabinet’s rejection of a summary, signed by the prime minister, to import sugar and cotton yarn from India, is a no-confidence in Imran Khan’s Kashmir policy. “Despite India’s annexation of the occupied Kashmir by amending its constitution, continuation of curfew for over 606 days, cultural genocide, changing of demography and violation of human rights in the held Valley, the government wants to normalise relations with the government of ‘Hitler’ Modi,” said the senator in a statement on Friday.The former chairman senate said that the Economic Coordination Committee’s decision to allow the imports without consulting the ministries of Foreign Affairs and Interior was a betrayal of the Kashmir cause.He said it was orchestrated that a formal letter on March 23, 2021, should trigger a chain reaction for normalising relations with India while Kashmir continues to burn. “This act of the federal government is strongly condemned,” he added. Earlier this week, the federal cabinet rejected the recommendation to resume trade with India, with the prime minister ruling out the normalisation of ties with New Delhi till its August 5 decision is not reversed. The decision was taken during a meeting of the federal cabinet, chaired by the prime minister, to review Pakistan’s relations with India. Foreign Minister Shah Mehmood Qureshi and senior officials of the Foreign Office were also present in the meeting. “A consensus developed during the meeting on not resuming trade with India,” said a source. The source revealed that the cabinet has decided that Pakistan cannot resume trade with India until it restores the constitutional status of occupied Kashmir. “It is our principled stance not to resume trade with India until the Kashmir issue is resolved,” PM Imran Khan was quoted as saying by a source. “This [decision to restart trade with India] will give off the wrong impression that Pakistan has neglected the people of Kashmir,” he said. The source revealed that PM Imran Khan has categorically said relations between Pakistan and India cannot return to normal unless Kashmiris are given the right to self-determination by India.