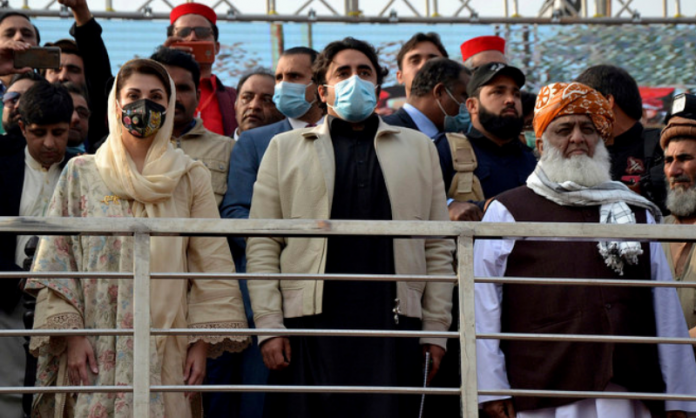 ISLAMABAD: The split in the Opposition alliance is now taking a formal shape as the component parties of the Pakistan Democratic Movement (PDM) decided to form a new bloc in the Senate, excluding PPP and ANP. The PDM will also issue show-cause notices to PPP and ANP for violating its consensus decision and getting the support of the ruling alliance for the election of their candidate as the Leader of the Opposition in the Senate. five opposition parties in the Senate have decided to constitute an independent group in the House consisting of 27 members. These parties are PML-N, JUI-F, PkMAP, National Party and BNP (Mengal). The group will be led by the PML-N designated opposition leader Senator Azam Nazir Tarrar. The Senate Secretariat is being informed formally in this regard next week, sources said. A meeting of the PDM Steering Committee where the decision of seeking an explanation from the PPP and ANP was held on Friday at the residence of the PDM secretary-general and former prime minister Shahid Khaqan Abbasi. The report added that both the parties were not present as they were reportedly not invited. Other parties attending the meeting were the PML-N, JUI-F, National Party of late Hasil Bizenjo, Balochistan National Party (BNP) of Akhtar Mengal, Jamiat Ahle Hadith of Professor Sajid Mir, JUP of Maulana Noorani, PkMAP of Mahmood Khan Achakzai and Aftab Sherpao’s Qaumi Watan Party (QWP).