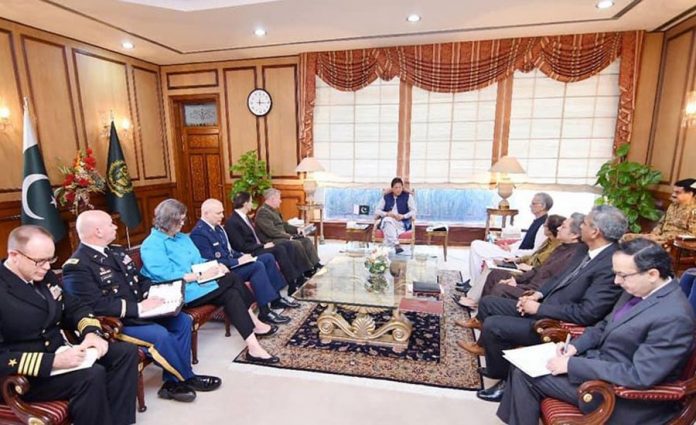 According to the declaration issued by the US Embassy on Monday, the US CENTCOM was in Pakistan on two-day official visit.
During the visit, the US CENTCOM Commander discussed matters pertaining to Pakistan’s role in facilitating peace talks in Afghanistan.

“In his meetings, General Kenneth F McKenzie reaffirmed the US commitment to security and stability in the region,” the declaration said.

The US CENTCOM commander also expressed appreciation for Pakistan’s sacrifices in the war against terrorism and learned of the recent moves against extremist groups in Pakistan under the National Action Plan (NAP).