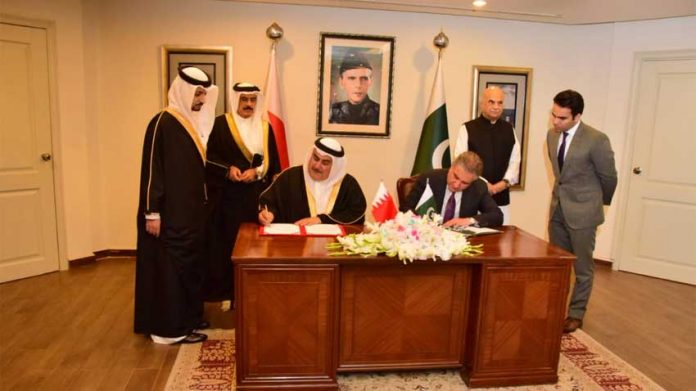 ISLAMABAD Pakistan and Bahrain have signed Memorandum of Understandings (MoUs) regarding promotion of bilateral trade and investment, avoidance of double taxation and prevention of tax evasion.

The two leaders agreed for further enhancement of bilateral relations between the two countries.

The foreign minister also thanked Bahrain for supporting the OIC resolution on regional peace and security in South Asia. He also said that the dangers regarding the acts of aggression by India is being increased due to the upcoming local election in India.

FM Qureshi further mentioned that Pakistan will strongly retaliate to any misadventure by India.